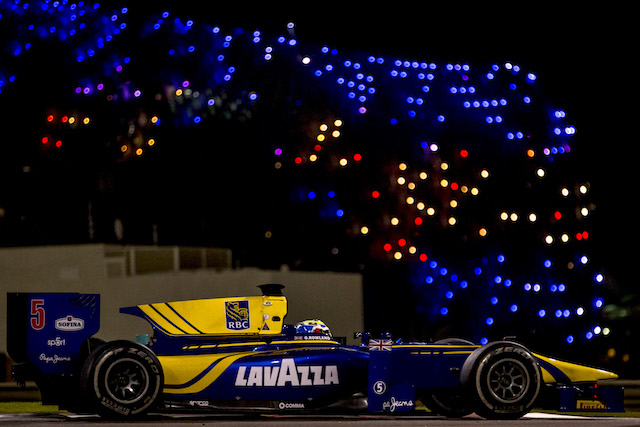 Oliver Rowland will race for DAMS in GP2 this year as team-mate to Nicholas Latifi.

The 2015 Formula Renault 3.5 champion contested his first full season of GP2 last year with MP Motorsport and finished ninth in the standings, but led the championship after the fifth round at Silverstone in July.

He worked with DAMS at the end-of-season test in Abu Dhabi last December and now joins the French outfit alongside Canadian Latifi, who continues with the team for a second season after placing 16th in 2016.

Both drivers were affiliated to the Renault Formula 1 team last year.

“The overall aim is to go and dominate the championship, that?s my personal target and is shared by the team,” said Rowland.

“DAMS have won championships in previous years with Valsecchi, Grosjean and Palmer, so I?m coming to an outfit with a lot of pedigree and I?ll have to make sure I?m at the top of my game.

“Last year was my first year and with the tyres it was sometimes difficult, but there were lots of positives and I had some good results.

“Going into this year, I?ve got a lot better with my approach going into each race, so I?m looking forward to putting it into place.

“Everyone has been great so far and I?m excited to working with Nicholas to push the team forward.”

Team boss Jean-Paul Driot said the team’s “ambition?is absolutely to fight for the teams? and drivers? titles” again this year following a tough 2016.”

He commented: ?We have followed Oliver?s performances with great interest for a long time and he was a fierce competitor in Formula Renault 3.5, so we are very aware of his talent and excited to see what he can do in one of our cars.

Driot added that Latifi “demonstrated his pace during his first full season in GP2, especially during qualifying, but we lacked a bit of understanding of tyre management and this cost us a bit for race results.

“Nicholas works exceptionally hard and we can count on his motivation to transform the potential we have seen into tangible results.”