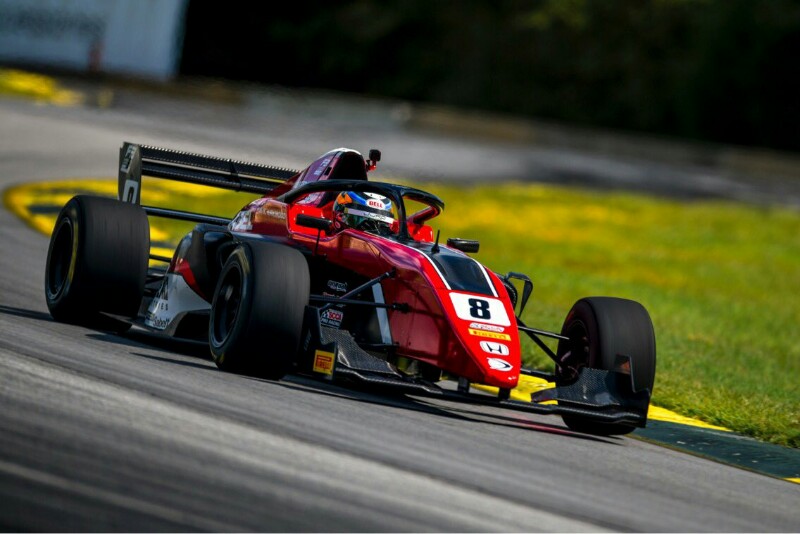 Honda has announced it will support an entry into Indy Lights for one season for the winner of the Formula 3 Americas championship.

The Japanese manufacturer supplies the engines for F3 Americas, which was created in 2018 as the first regional F3 series.

Inaugural champion Kyle Kirkwood will race in Indy Lights with Andretti Autosport this year, while 2019 champion Dakota Dickerson has committed to a season in the IMSA Prototype Challenge.

?The F3 Americas Championship has produced drivers that are ready for the next step of open wheel competition,? said John Whiteman, the commercial motorsport manager of Honda Performance Development.

?We are pleased to be able to offer access to Honda?s winning teams and provide a critical contribution toward young driver?s professional racing aspirations.?

The HPD Scholarship, which will be an annual prize and not just a one-off for the 2020 champion, will be directed at the Indy Lights team which the champion races at rather than the driver themselves.

Honda has also confirmed that the prize fund can be used in IndyCar, where Honda engines are also used, if the champion moves straight up to America’s primary single-seater series.

Dan Helman, president of F3 Americas sanctioner SCCA Pro Racing, added: ?Since the beginning, the United States Formula 4 championship and F3 Americas championship have focused on giving young drivers the tools and track time they need to nurture and demonstrate their abilities.

“Along with the great racing venues, instructional curricula, and veteran racing experience shared with drivers, there?s no question that this increased award will attract talented racers to this modern, competitive racing series.?

F3 Americas will race outside of the United States for the first time this year, with the historic Grand Prix de Trois-Rivieres in Canada featuring on the calendar in August.