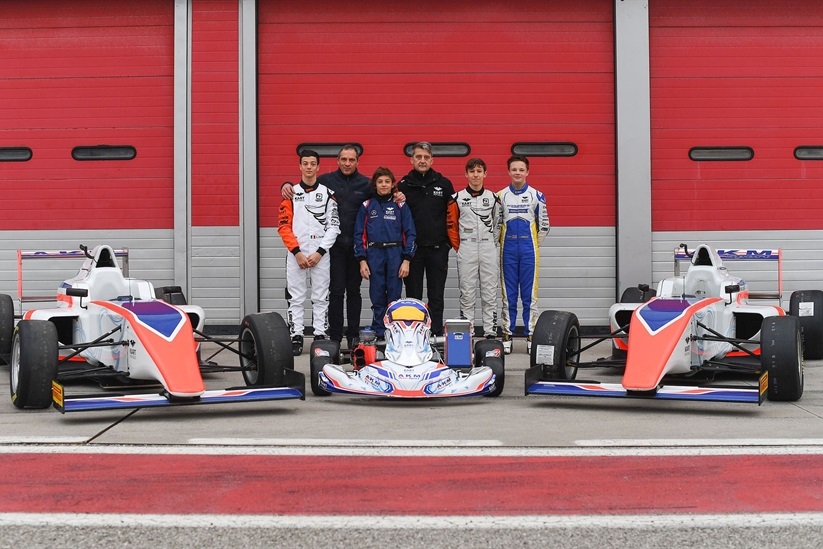 Antonelli Motorsport has joined forces with Kart Republic to form the AKM Motorsport team, with China’s Cenyu Han – a Nico Rosberg protege in karting – among its drivers for Italian Formula 4.

Antonelli Motorsport boss Marco Antonelli is the father of Mercedes-backed karter Andrea Kimi Antonelli, who races with Kart Republic machinery and will drive under the AKM Motorsport banner for his OK karting programme this year.

Han was 13th in last year’s WSK Champions Cup and 14th in the WSK Euro Series in the OK category as a rookie.

In 2018 he raced in OK Junior for Kart Republic, having spent several years racing in local 60 Mini kart competitions.

Danish talent Ogaard will join Zdenek Chovanec at Bhaitech, which ran Mikhael Belov to fourth in the standings last year.

“Very happy to announce that I will be driving the Italian F4 championship with Bhaitech Racing in 2020,” said Ogaard.

“One of the toughest F4 championships in the world. On Tuesday I go to Italy to prepare for the 2020 season with some sim and gym work at Bhaitech?s workshop.”

Ogaard will be coached through 2020 by Daniel Lundgaard, the brother of Renault F1 junior Christian and the 2017 Danish F4 champion.

Like Ogaard, he raced in the German karting championship in OK karts last year, and entered a part-season in Italian F4 with DR Formula by RP Motorsport with a best finish of 19th.

Post-season he tested with multiple teams, and Telmex – which backed Sergio Perez and Esteban Gutierrez on the way to F1 – chose the Swiss team for the teenager.