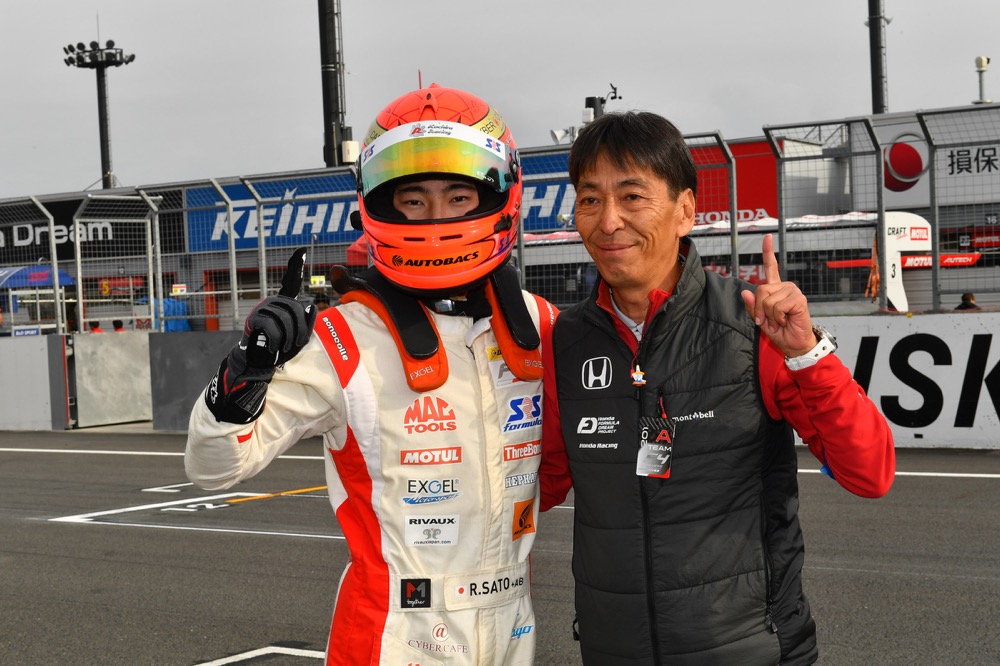 SRS, where Takuma Sato is a former graduate and now principal of the programme, began a partnership with the FFSA Academy (organisers of French F4) in 2019 when Ren Sato and Kakunoshin Ohta – first and second in Japanese F4 at the time – competed in a French F4 round at Magny-Cours.

But instead of following the footsteps of 2018 champion Yuki Tsunoda – who graduated to Euroformula Open and FIA Formula 3 Championship and is now moving up to Formula 2 – Sato will contest a full season in French F4.

Sato scored best results of 11th on his Magny-Cours debut after qualifying on the back row of the grid, while Ohta – who eventually slumped to sixth in the Japanese series – fared better, taking second in the reversed-grid race two.

Iwasa, also 18, will head straight to Europe after winning the SRS-F Scholarship for 2019. His predecessor Atsushi Miyake finished second to Sato in Japanese F4 last year. Iwasa previously contested solitary Japanese F4 rounds in both 2017 and 2018.

SRS-F cars were used for a demonstration race at Motegi last November, which had a grid that included Takuma Sato and four Super Formula race-winners.