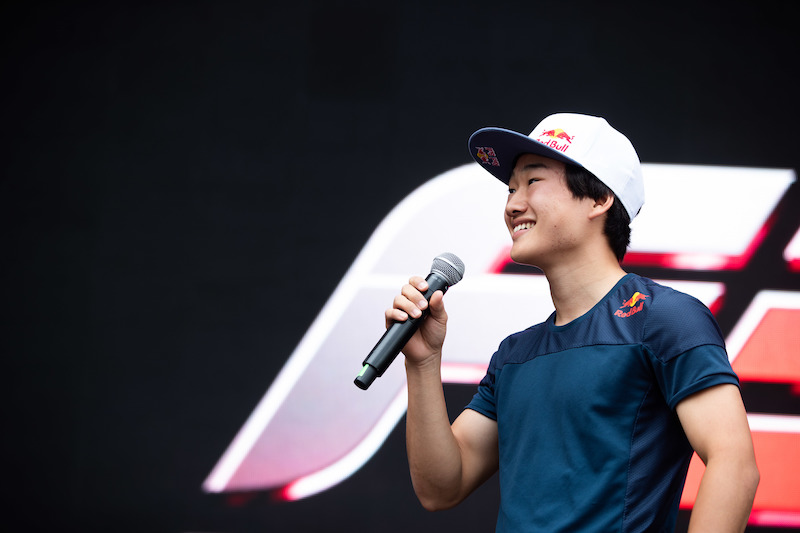 Honda and Red Bull junior Yuki Tsunoda will move up to Formula 2 with Carlin after a single year in Formula 3.

The 19-year-old moved to Europe last year and raced in Formula 1 support series FIA F3 Championship and Euroformula Open after three years in Japan where he won won both the JAF and FIA-run Formula 4 titles.

He took a single win in both FIA F3 and EF Open, and was fourth in the standings in the latter with the dominant Motopark team.

Tsunoda’s first experience of F2 came in last month’s post-season Abu Dhabi test with Carlin, and he was 16th, 14th and seventh fastest across the three days.

His team-mate Nikita Mazepin was fifth fastest overall and went quickest on the final day.

Promotion to F2 after one year in Europe isn’t unprecedented for Honda, as it did the same with its junior Tadasuke Makino in 2018 after a year apiece in Japanese and European F3. He is now racing in Super Formula and Super GT.

Tsunoda has already set out his targets for F2, with four years being the absolute maximum he expects to spend in the series to become champion and earn a Formula 1 seat with Toro Rosso.

Winning the title in his sophomore year is his more likely target, and one in which Honda and Red Bull would be more patient with given they have junior drivers also pursuing FIA superlicence points in FIA F3 and SF this year.

Honda has decided to place Teppei Natori, rival to Tsunoda in EF Open and FIA F3 in 2019 and runner-up to him in Japanese F4 the year before that, in Super Formula Lights (nee Japanese F3) for 2020 with Toda Racing.

Natori struggled to a single point in FIA F3 with Carlin, but was a winner and double pole-sitter with the team in EF Open. He replaces SF-bound Toshiki Oyu as the sole driver at Toda, which races using self-built engines.