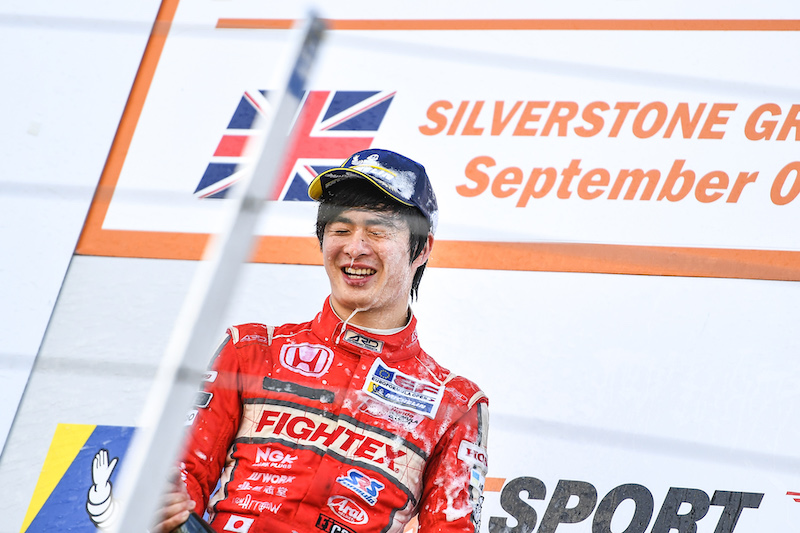 Honda junior Toshiki Oyu has been promoted to the manufacturer’s professional ranks with a Nakajima Racing seat in Super Formula this year.

The 21-year-old has raced in Japanese Formula 3 for the past two seasons with Toda Racing and its self-built engine, and won once.

His manufacturer support came after dominating in JAF Japan Formula 4 in 2016 and winning races in the FIA-backed equivalent series in 2017.

Last year he made a cameo in Euroformula Open with Motopark at Silverstone, and thrashed the series regulars on the way to two wins.

This put him on Red Bull’s radar for a Junior Team slot and a European programme for 2020, but the Japanese driver has instead inherited the SF seat of IndyCar-bound Alex Palou alongside Formula 2 race-winner Tadasuke Makino.

Honda intends for Oyu to race in Formula 1 in the future, meaning a future Red Bull tie-up may still occur.

“I think I was informed about the test about four or five days before,” said Oyu.

“I couldn’t prepare very carefully, I got a meeting with the team with the data and the on-board video, and I could have done more of my own research well, and SF19 as I got in thinking that the SF19 would be faster than I thought.”

Oyu believed he wasn’t able to reach the limit of the car during the first day of the test, but worked with the team to make improvements on set-up during the second day and was rewarded with competitive laptimes.

He was effectively in a shootout for a race seat during the test with fellow Honda junior Hiroki Otsu, who raced for the Tomei-powered ThreeBond in Japanese F3 last year and claimed three podiums.

The 25-year-old missed out on the SF drive to Oyu, but his performances with Drago Corse in Super GT300 have earned him a Nakajima seat in Super GT as part of Honda’s factory line-up.

Reigning Asian F3 champion Ukyo Sasahara has also landed a Honda-backed Super GT drive at Team Mugen. F2 racer Nobuharu Matsushita was tipped for that seat, but may end up returning to SF with Real Racing instead.