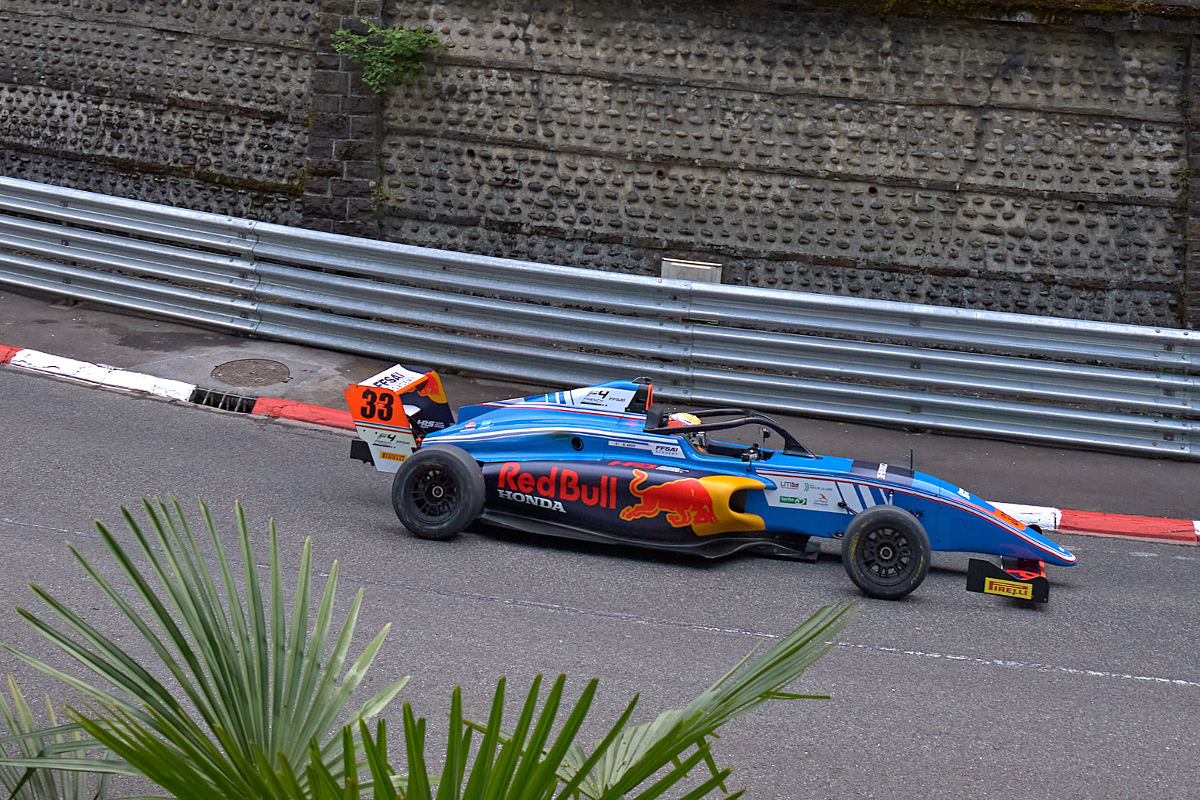 Honda junior Souta Arao held off Hugh Barter to win the third French Formula 4 race in Pau, after passing him at the start.

Barter started from pole but, just as Arao found in race one when the front row positions were reversed, the inside line was quicker for the driver starting in second place and the Japanese youngster took the lead.

Championship leader Barter wanted to claim his fourth win from six races this season, and he put Arao under pressure throughout. On lap three he ducked out of Arao’s slipstream to attempt a move around the outside of turn two and then again at the Pont Oscar hairpin, and a lap later he was challenging again thanks to greater speed along the straights.

On lap six of 17 he then got alongside Arao on the run up the hill to Pont Oscar but had to tuck in behind again for the hairpins, and mid-race there was a chance to make a move as Arao got a little loose and locked his front-right at the Buisson hairpin. Although Barter could get right on his gearbox, the final sector of the lap was too tight to make a pass.

Such was the top two’s pace while pushing each other up front that they soon came up on backmarkers to lap, and the combination of blue and yellow flags – the latter caused by drivers brushing the barriers after ill-fated attempts to get out of the way – kept Barter super close to Arao but made it no easier to overtake. In the end they finished 0.886 seconds apart, with Arao’s win reducing Barter’s points lead.

Alessandro Giusti finished third, and Enzo Peugeot was on course for fourth before a lock-up late in the race allowed Enzo Geraci and Elliott Vayron to find a way through.

After race two Vayron got a grid penalty that meant he started Sunday’s race from eighth (gaining a spot back as second-placed qualifier Yuto Nomura didn’t start due to crash damage), but he had the pace to be with the top two and pulled off several strong moves before getting stuck behind Geraci.

Leny Reveillere also got a grid penalty from a race two incident, while Lorens Lecertua and Enzo Richer were penalised 30s in that race and Luciano Morano was disqualified and put under observation for the rest of the season.

In similar fashion to race two, there was a lot of late chaos that was investigated post-race.

Antoine Fernande spun and crashed, Valentino Mini went into the barriers after Mateo Villagomez lunged down his inside, Reveillere stopped down an escape road but managed to finish, and Peugeot stalled at the hairpin on the final lap after an incident with Romain Andriolo and fell from sixth to 17th. Andriolo was penalised 30s, dropping him to 15th.