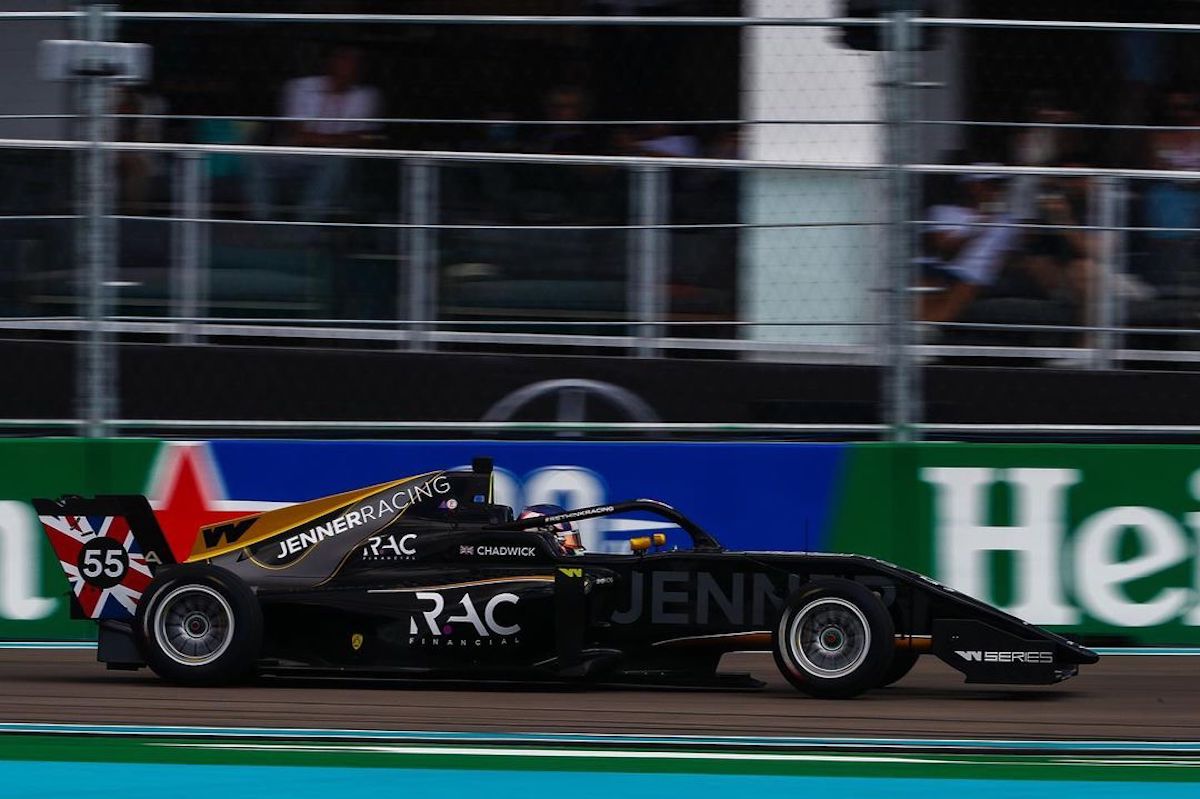 Jamie Chadwick has won the first W Series race of 2022 after a last-lap shootout that ended with Emma Kimilainen spinning out of contention.

Kimilainen had appeared to have made the move for the win just before the safety car was deployed following a collision between Abbie Eaton and Fabienne Wohlwend in their battle over fifth.

But in one final lap of racing that followed the safety car, the Finnish driver went wide and later made contact with Marta Garcia while trying to recover her race, leaving her last of the remaining runners.

There had also been drama on the first lap when pole-sitter Nerea Marti, Belen Garcia and Alice Powell all failed to get away initially at the start.

Reigning champion Chadwick got away with ease but she was quickly under pressure from Kimilainen.

Before the end of the first lap, a rare mistake from the recovering Powell ended her race after she hit the wall, falling victim to the dust off the racing line.

Her incident led to an extensive safety car period while the marshals attempted to remove the car and clear up the debris from the damaged barrier.

After 10 minutes with a recovery vehicle moving backward and forward with the car dangling as the drivers toured around the track behind the safety car, the race was eventually red flagged.

When the race restarted there were 18 minutes remaining, and Bianca Bustamante was slow to get her car going from the pitlane but all the remaining drivers were able to make it back on track for the rolling restart.

Chadwick led a controlled restart, backing the pack up. Fabienne Wohlwend, now in third, was under pressure from Marta Garcia, who made a move on the similarly-liveried car of Wohlwend as she was sent wide.

The battles behind allowed the top two to break away into a race of their own. Kimilainen was close on Chadwick’s tail and they locked up as they made slight contact.

Kimilainen went on to outbrake Chadwick and make a move for the lead just before the safety car. But after running wide at the restart, she locked up into the first corner defending from both Chadwick and Garcia, and would have further contact with the latter as she attempted to salvage second place.

Jessica Hawkins picked up the pieces to score a maiden podium in third ahead of Beitske Visser, Abbi Pulling and Bruna Tomaselli, with Chloe Chambers finishing seventh on her series debut.