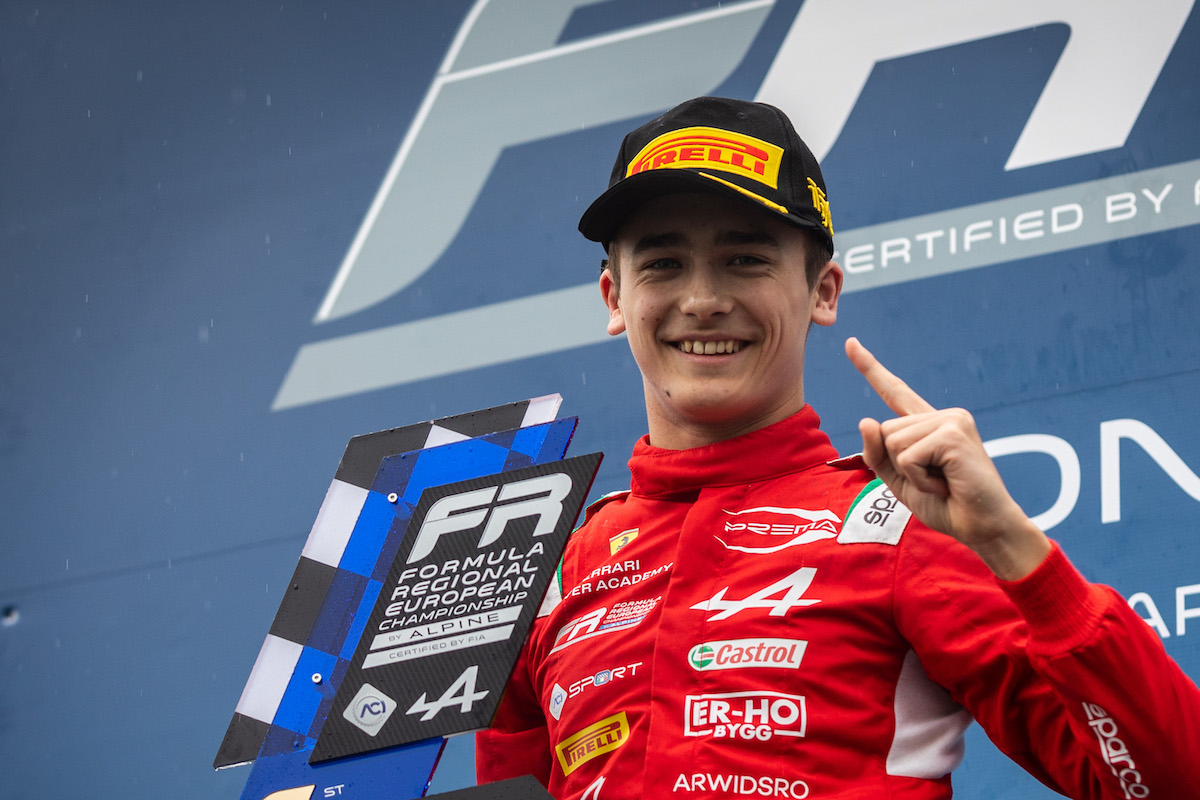 The race had been controlled from the start by pole-sitter Mini but a 10-second penalty for the ART Grand Prix driver for a ‘false start’ dropped him to 28th in the results.

Mari Boya held off the challenge from the remaining Prema runners Paul Aron and Sebastian Montoya to provide some small comfort for the ART GP team.

The race was disrupted by three safety car periods and two red flags, the second of which bringing the race to a close on what should have been the penultimate lap. The plethora of race neutralisations gave Mini no opportunity to extend a big enough gap at the front to even salvage points.

Mini led into Tamburello at the start with Beganovic already challenging Boya for second. Mini’s lead was over one second when the race was stopped following a serious crash for Sami Meguetounif in sector two. The MP Motorsport driver was reported to be conscious and taken to the medical centre for checks.

Following the safety car restart Aron relieved Montoya of third, while starting lap eight Beganovic drew alongside Boya, possibly with the aid of push-to-pass, to take second into Tamburello.

The Ferrari-backed Swede was unable to make any ground on Mini out front, although he had no need to push, having already been informed of Mini’s penalty.

Two more safety car interventions in quick succession, one for an incident involving Hamda al Qubaisi and Nicolas Baptiste, and a lap later when Owen Tangavalou speared into the gravel, again at Tamburello.

The race reached its logical conclusion when a second red flag was shown on lap 14 for an incident involving Dudu Barrichello and Axel Gnos.

Kas Haverkort took a fine fifth place for Van Amersfoort Racing having passed Joshua Duerksen on lap 7 in one of the race’s rare on-track overtaking moves.