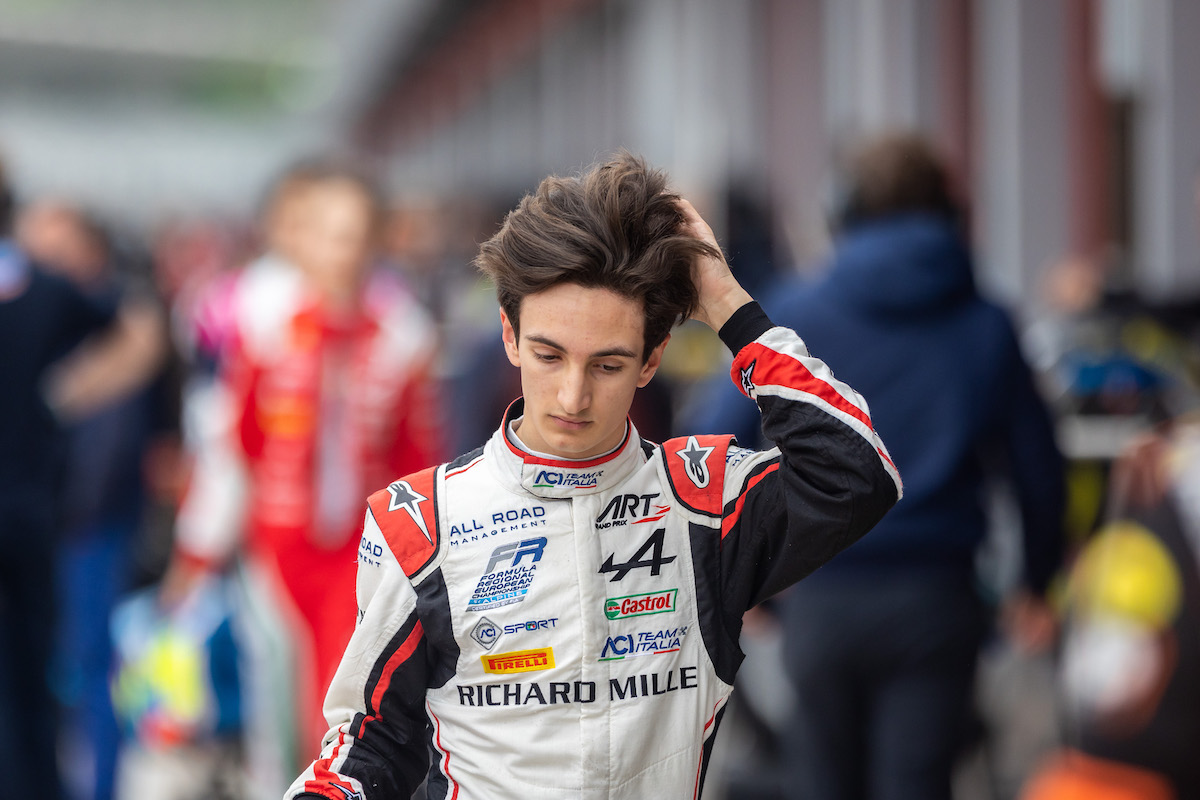 Gabriele Mini took a dominant pole position for the second Formula Regional European Championship by Alpine race at Imola, after a penalty for a jumped start had cost him victory in race one.

The ART Grand Prix driver was immediately on the pace in the faster Group A of the split qualifying session, going top with a lap of 1m39.339s, before lowering the benchmark further by 0.045s on his next lap.

The session was stopped early after an off from Paul Aron brought out a red flag but nobody looked close to challenging Mini. Prema’s Dino Beganovic, who had inherited victory in race one after Mini had been given a 10-second penalty, finished second in Group A, over two-tenths behind Mini.

Rookie Tim Tramnitz will start alongside Mini on the front row, having set the fastest time in the slower Group B which had been first on track.

The Trident driver left it until his final lap to set the fastest time the group to pip Michael Belov by 0.068s.

Belov secured a slot on the outside of the second row by just 0.001s ahead of Van Amersfoort Racing’s Kas Haverkort.

Strong performances from Joshua Durksen for Arden and RPM’s Pietro Delli Guanti earned the final positions in the top five.

Sebastian Montoya had jumped to the top of the times with just over five minutes remaining, but was unable to improve in the closing minutes, dropping to sixth at the flag.

Tramnitz’s team-mate Roman Bilinski spent most of the session in the top four, before dropping back to eighth at the close.

Mari Boya, second in Saturday’s first race, could only manage 12th fastest time, relegating him to 24th on the grid.

Less than a second separated the first 16 runners in the very tight Group B.

The order in Group A was established early in the session with R-ace GP pair Gabriel Bortoleto and Hadrien David moving into the top three, before a late improvement from Beganovic demoted them to third and fourth.

Leonardo Fornaroli took fifth as the Trident squad continued to impress in their first season in the championship.

Prema’s Paul Aron had his fastest time deleted for causing the red flag, although there was no impact on his qualifying position, as his second-best time was still good enough for sixth in the group.