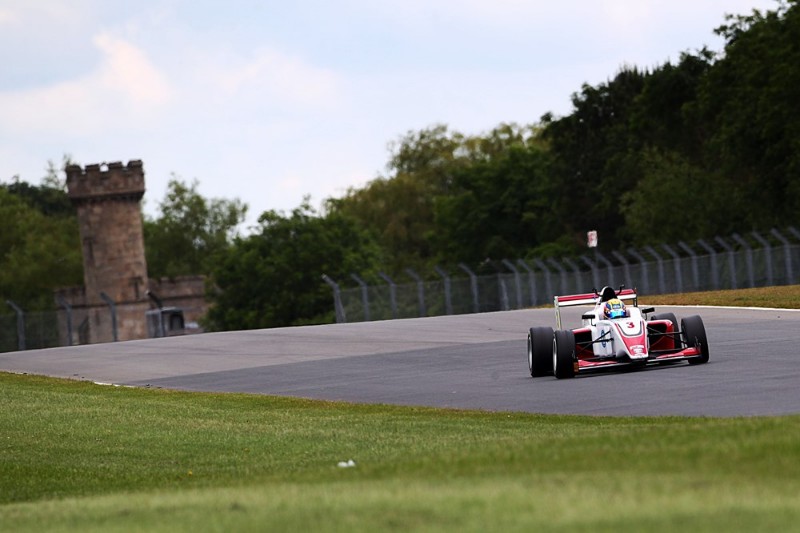 Nobody else was able to contend with Jewiss’s pace in the early morning, with Fortec Motorsports’ Manuel Maldonado and Chris Dittmann Racing’s Simmons completing the top three.

Maldonado’s team-mate Hoggard took control thereon, setting the best time in each of the remaining three sessions and being the only driver to dip into the 1m24s.

In session two, Hoggard’s progress was stymied by two red flags. The first was caused by his Fortec team-mate Kris Wright crashing crashing at Coppice, with Hillspeed’s Sasakorn Chaimongkol then getting stuck in the gravel exiting the Fogarty’s Chicane in the restarted session and bringing out another red flag.

Jewiss’s Douglas Motorsport team-mate Ulysse De Pauw was Hoggard’s closest rival, just 0.056 seconds back, and while other drivers also improved it was still Jewiss’s session one time that stood as the best behind Hoggard.

Novalak started slowly but got closer to the front in each session, the last of which had 10 drivers covered by 0.882s, but the Carlin driver ultimately ended up ninth overall.

Chaimongkol rebounded from his off to end the day with the third fastest time, ahead of Maldonado, Kaylen Frederick (Carlin), Simmons, Neil Verhagen (Double R Racing) and De Pauw.

Going into qualifying tomorrow, the “relatively chilled” Novalak holds a 52-point lead over Hoggard, with Simmons and Jewiss both still in title contention.

After testing with Hillspeed,?The Grand Tour test driver Abbie Eaton continued with the team in free practice and was only 1.776s off the pace.