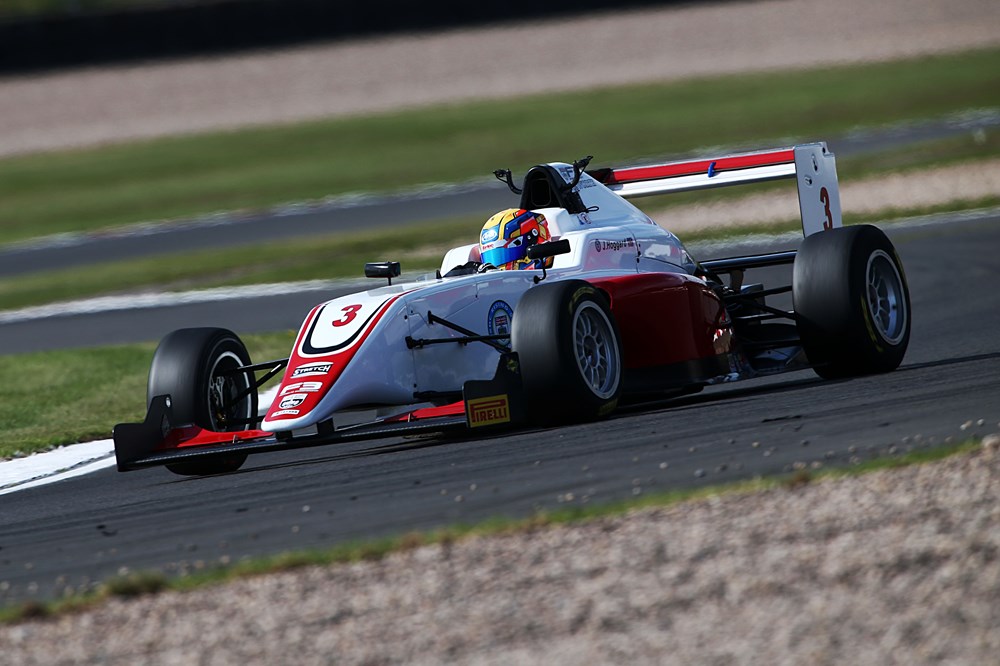 Hoggard, who is 52 points behind Novalak coming into the weekend, was able to sustain the top spot of the timings for the vast majority of the 20-minute session.

He was challenged throughout by Chris Dittmann Racing?s Ayrton Simmons and Douglas Motorsports? Ulysse de Pauw, but Hoggard was able to rebound with a faster time at every time of asking.

His fastest lap, set towards the end of the session, was a 1m24.401s. It was 0.291 seconds faster than anything Kiern Jewiss, who qualified second, could manage.

His second-fastest time was also quick enough to secure pole for race three ? the final race of the season and potentially the championship decider.

Novalak, however, will start that race from only ninth. He set the sixth fastest time overall in qualifying.

Championship outsider Jewiss will start alongside Hoggard on the front row for the first and third races, while a late lap from Simmons moved him ahead of de Pauw by a thousandth of a second as he also attempts to clinch the title from a long way back.

Simmons and de Pauw will start alongside each other again for the third race, albeit with the positions reversed.

Hoggard?s Fortec team-mate Manuel Maldonado was setting fast sector times throughout the session, but he was only fifth fastest, ahead of Novalak.