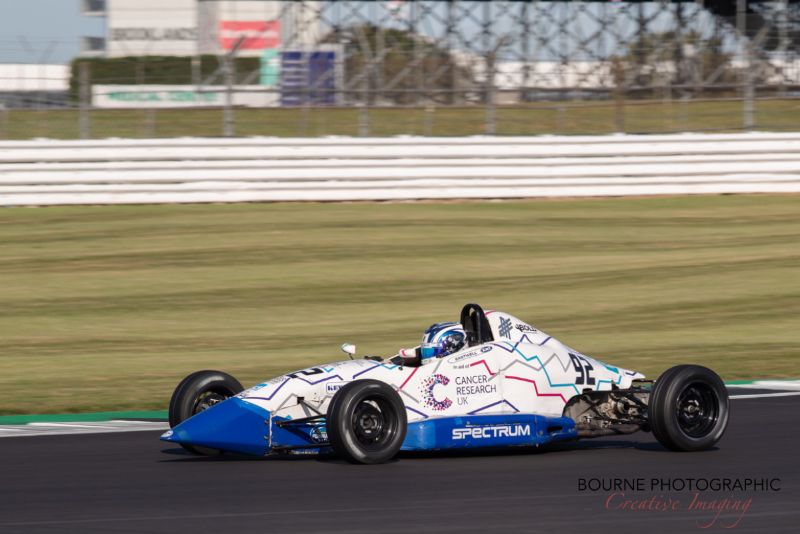 The Kevin Mills Racing driver made a poor start from pole and lost his lead to Cliff Dempsey Racing?s Jonathan Browne, but regained the place at Brooklands.

From thereon he had his mirrors full, with his KMR team-mate and Silverstone specialist Michael Moyers being the next to threaten his lead. He got it down to 0.126 seconds before being re-overtaken by Browne at mid-distance.

A bundle of fastest laps brought Team Dolan?s Ross Martin into play, and he then took second place and even attempted a move on Eastwell down the inside of Turn 1.

That only comprised him through the next corners though, allowing Moyers back through and leading to a five-way fight for third place. As they crossed the line for the 13th lap of 15, they were almost four-wide and it was CDR?s Spike Kohlbecker who came out on top.

Martin became sandwiched in fifth between Browne and James Clarke, the latter who was fending off Rory Smith ? from last on the grid for B-M Racing.

Eastwell and Moyers broke away in the final two laps, and Moyer?s last corner attempt to take the lead left him just 0.066s short of victory. Third for Kohlbecker moves him past the absent Neil Maclennan into the Triple Crown lead.

Championship returnee Joey Foster was involved in the lead battle early on, but the Don Hardman Racing driver then retired, while B-M?s Tom McArthur was not classified as he finished the race in the pits.