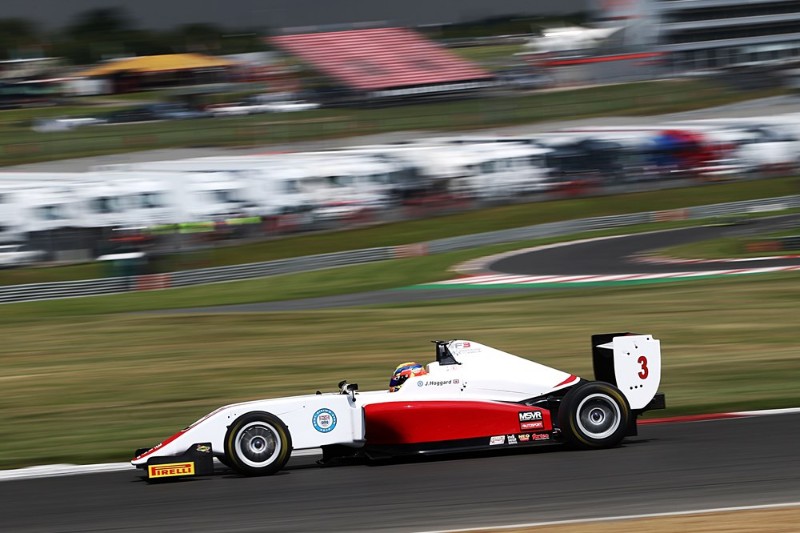 Johnathan Hoggard was fastest in BRDC British Formula 3 free practice at Brands Hatch, and came close to setting the track record for the Grand Prix layout.

Fortec’s Manuel Maldonado, who set the pace in the pre-event test on the Indy layout and is one of few drivers with experience of the Grand Prix layout in F3, Hillspeed’s Sasakorn Chaimongkol, Double R Racing’s Neil Verhagen and Lucas Petersson (Carlin) completed the top 10 and were all within a second of Hoggard’s pace.