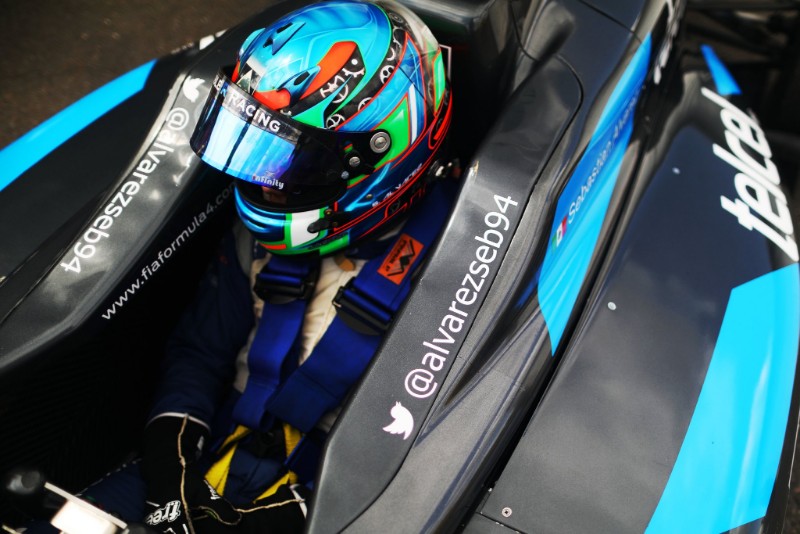 Sebastian Alvarez took his first British Formula 4 pole positions since the season opener with a double pole at Snetterton.

Double R Racing’s Alvarez swapped times at the top of the order with JHR Development?s Carter Williams and Arden?s Bart Horsten in the first half of the session, with each driver gradually lowering the benchmark around the Norfolk circuit.

Alvarez and Williams continued to improve until the former set a 1m51.242s laptime in the closing stages of the session. Williams couldn?t match Alvarez, ending the session 0.346s behind the pole sitter.

Carlin’s championship leader Zane Maloney, who comes out of the summer break having won seven of the last eight races, qualified third quickest, half a second behind Alvarez, while Horsten dropped back to fourth.

Double R’s Louis Foster was briefly at the sharp end of the field, but dropped back to eighth as others found improvement.

On second-best times, Horsten fills the front row behind Alvarez, with Maloney and Faria in third and fourth.