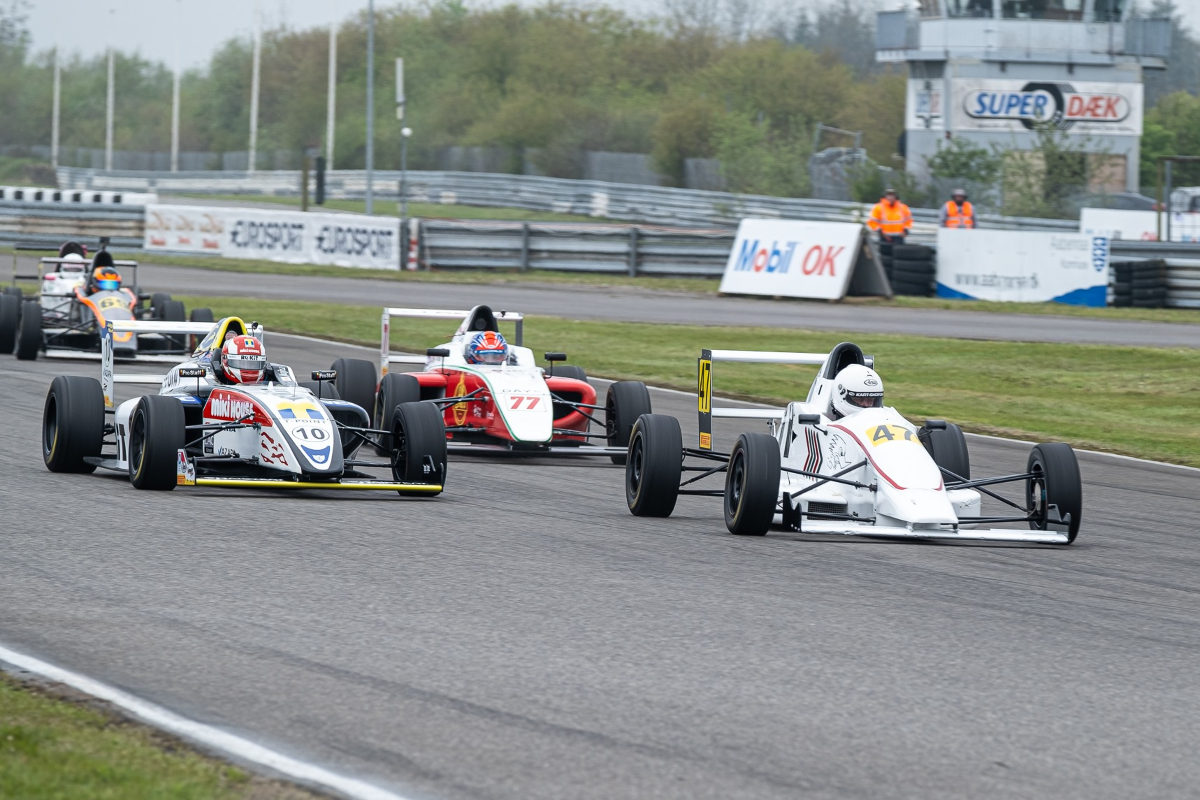 Driver-team boss Hoe had F4 entrants Juju Noda (Noda Racing) and Emmo Fittipaldi (Team FSP) behind him for much of the 14-lap first race, before technical problems struck single-seater debutant Fittipaldi with two laps to go and he had to retire in the pits.

While Noda was freed from having to think about defending, she didn’t have the pace to match two-time F5 champion Hoe who won with a 1.766-second advantage. Fittipaldi’s retirement handed Hoe’s team-mate Bjerring his first overall podium.

William Wulf came second of the F4 drivers in seventh after a penalty for jumping the start, and he started on reversed grid pole for race two ahead of Noda.

Unfortunately his race only lasted one-and-a-half laps before he hit trouble and had to stop, and Noda had already passed him for the lead while Hoe was held back by a penalty for jumping the start.

Hoe cleared Wulf for second place as the Team FSP driver went to the pits, and then chased down Noda.

A lead of 1.4 seconds went down to half that before Noda responded by upping her pace and going three seconds ahead, but it was then slashed again significantly. The battle ebbed and flowed, and on the penultimate lap Hoe started darting around in Noda’s mirrors. That actually compromised his laptime, allowing Noda to grow her lead slightly, but on the final lap Hoe found a way through for his second straight win.

Mads Riis was initially in third after Wulf’s woe, but was soon cleared by Bjerring and Fittipaldi who raced around 1.5s apart for the duration and with Bjerring ahead. They closed in on the top two towards the end and Bjerring snatched fastest lap by 0.001s. Riis finished fifth, while Mille Hoe came out on top in a battle with Sonderskov for sixth.

Mads Hoe and Bjerring were on the race three front row, with Noda in sixth. By mid-distance she was already in second though and all over Hoe, charging up the order after a storm arrived a few laps in.

An error led to her dropping 20s and falling to fourth, and then retiring, and Hoe won ahead of Wulf. Over a minute-and-a-half behind by the final lap was Fittipaldi, claiming his first podium in cars but also dropping a huge amount of time in the final two laps and building a train of cars behind him.