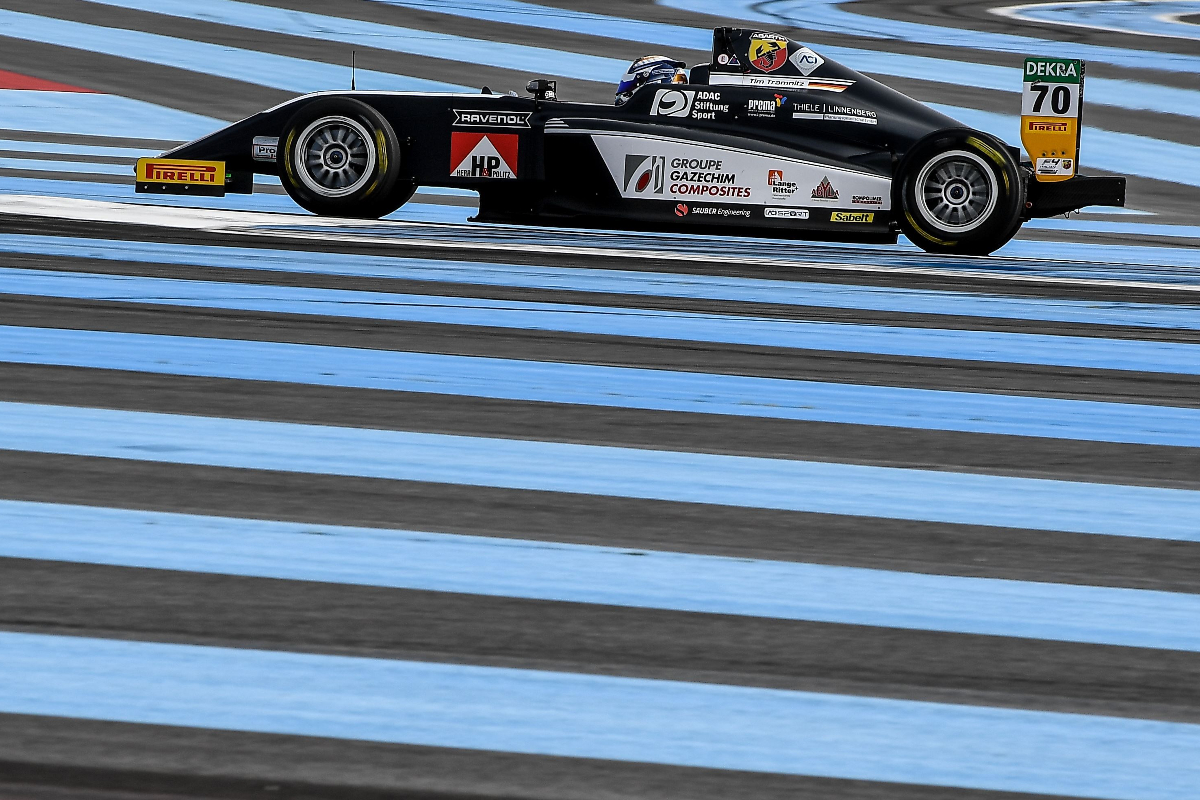 US Racing’s Tim Tramnitz led from almost start to finish in the second Italian Formula 4 race of the season at Paul Ricard after poleman Ollie Bearman stalled.

Tramnitz was starting on the front row and raced straight into a lead he wouldn’t give up, while team-mate Luke Browning had hard work throughout the race defending second place.

First it was Prema’s Sebastian Montoya who pressured him, before his team-mate Kirill Smal came through and attacked several times either side of the numerous safety car periods that punctured the race.

Despite Bearman’s stall, two of Jenzer Motorsport’s drivers colliding at the Mistral chicane and Van Amersfoort Racing’s Bence Valint coming to a stop there was no call for the safety car on the opening lap, now on lap four when Eron Rexhepi spun and Cram Motorsport’s Georgios Markogiannis almost span into the Jenzer car being retrieved.

Prema’s Conrad Laursen and R-ace GP’s Victor Bernier then collided while fighting for sixth, and that was what eventually made race control summon the safety car. Bernier’s team-mate Sami Meguetounif then crashed with VAR’s Nikita Bedrin on the restart, just as Smal cleared Montoya, requiring the safety car to almost immediately return.

There was more chaos in the closing laps, but no more safety cars, with Vittorio Catino being spun around, Suleiman Zanfari and Jorge Garciarce crashing out at the very last corner and Mucke Motorsport’s Joshua Duerksen nabbing fifth from US Racing’s Vlad Lomko while Bearman went on an incredible recovery from 20th place to seventh.