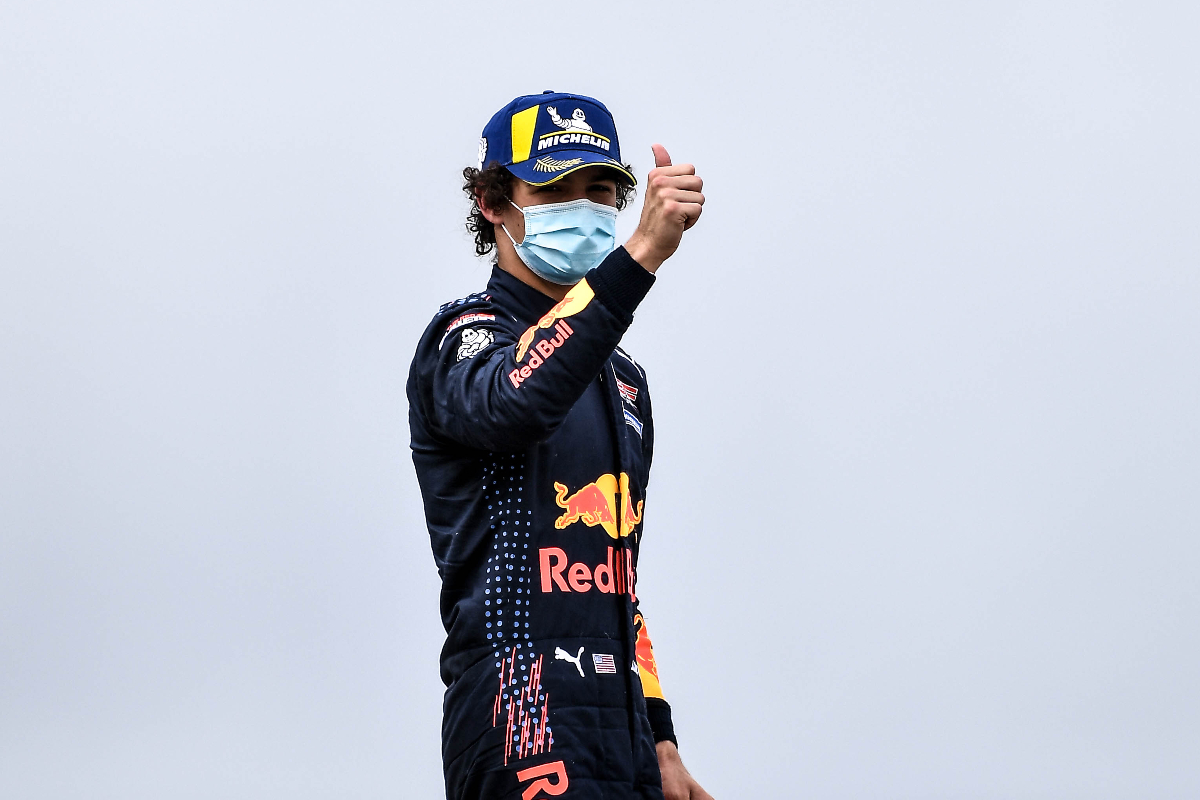 Red Bull junior Jak Crawford came from sixth to win the reversed grid second Euroformula race of the weekend at Paul Ricard after a lengthy battle with Louis Foster.

The Motopark driver won the opening race on Saturday from pole, just his second start in the series, and with the top six flipped to set the race two grid that meant he started down in sixth.

He jumped up to third on lap one as CryptoTower Racing Team’s polesitter Nazim Azman and Van Amersfoort Racing’s Rafael Villagomez collided up ahead, while the second CryptoTower car of Louis Foster went around the outside of Azman and VAR’s Casper Stevenson into the first corner to take the lead.

Foster spent the early laps pulling away from Stevenson, who himself had a handy gap over Crawford, but the American in third place was the fastest driver on track and he eventually started closing in on the top two.

After passing Stevenson he spent the second half of the race filling Foster’s mirrors, but his suprerior pace and tyre life wasn’t enough to break Foster’s defences at first. Despite the continious pressure, Foster was mistake-free but eventually he succumbed on the penultimate lap as the pair went side-by-side down the pit straight and Crawford edged past around the outside of the first corner.

After a skirmish with Double R Racing team-mate Joshua Mason, Zdenek Chovanec led a train of cars in the bottom half of the order but continious lock-ups eventually led to him dropping to 10th behind the recovering Villagomez and Azman, Drivex’s Enzo Scionti and CrpyoTower’s Filip Kaminiarz.

Mason pitted early in the race for fresh tyres to go for fastest lap and earn race three pole, but it was Crawford who took that honour.