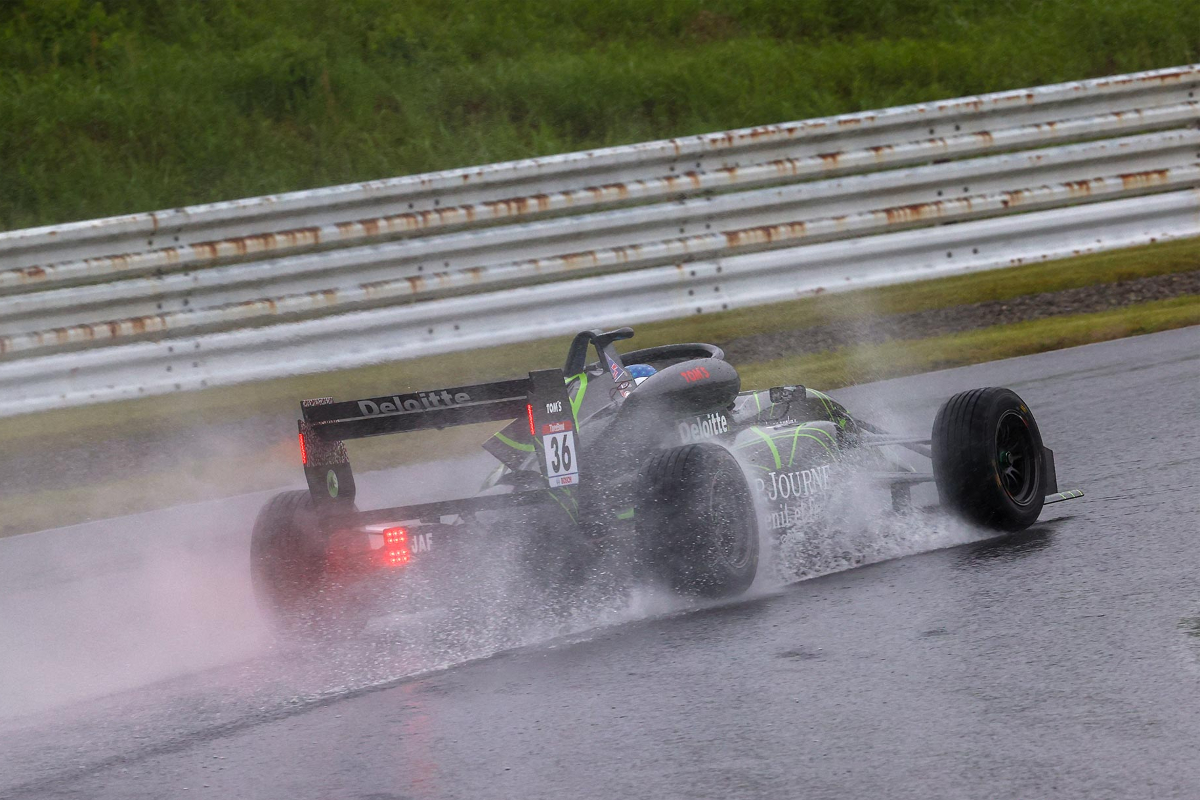 The Frenchman is standing in for Kazuki Nakajima in SF for the second successive round, and the Formula 2 graduate stunned the paddock by qualifying on pole on just his second attempt.

After navigating the opening lap in the lead he ran several laps behind the safety car, then did the same briefly with a restart before the race was red flagged and it was eventually decided it would not restart, handing the Frenchman victory.

The continious rain and fog meant SF Lights qualifying was cancelled, and Toda Racing’s Honda junior Ren Sato was put on pole based on free practice times, ahead of B-MAX Racing’s points leader Teppei Natori, TOM’S Seita Nonaka and Rn-sports’ Atsushi Miyake, while Alesi started in ninth due to an engine change.

Drivers ran behind the safety car at the start of race one, and when the track was eventually deemed safe enough to race on it took seconds for Sato to spin into the gravel and Natori to skate off too. The safety car was soon back on track as Sato’s car was dragged back onto the asphalt, with Miyake now leading ahead of Nonaka.

Nonaka spun off on the next restart, while Alesi tracked down RS Fine’s Shunsuke Kohno in second place and passed him around the outside of the first corner which was one of the grippiest parts of the circuit.

Miyake had built up a sizeable lead before the safety car came out again, and while his gap was nullified he was freed for the final corners to take the chequered flag ahead of Alesi and Kohno.

The safety car set the pace for even more of the second race, staying out from the start until the final two laps in the fog. Running at such a slow pace for a long time meant drivers were still weaving to gain heat in their tyres once they were set free, and poleman Sato was doing it the most down the pit straight.

That slowed him down for the first corner, where Alesi dove down his inside and Natori around his outside to demote him to third. Natori and Alesi sprinted away with a huge pace advantage, finishing 0.351 seconds apart and 7.8s ahead of Sato.

Race three was called off entirely due to the rain.