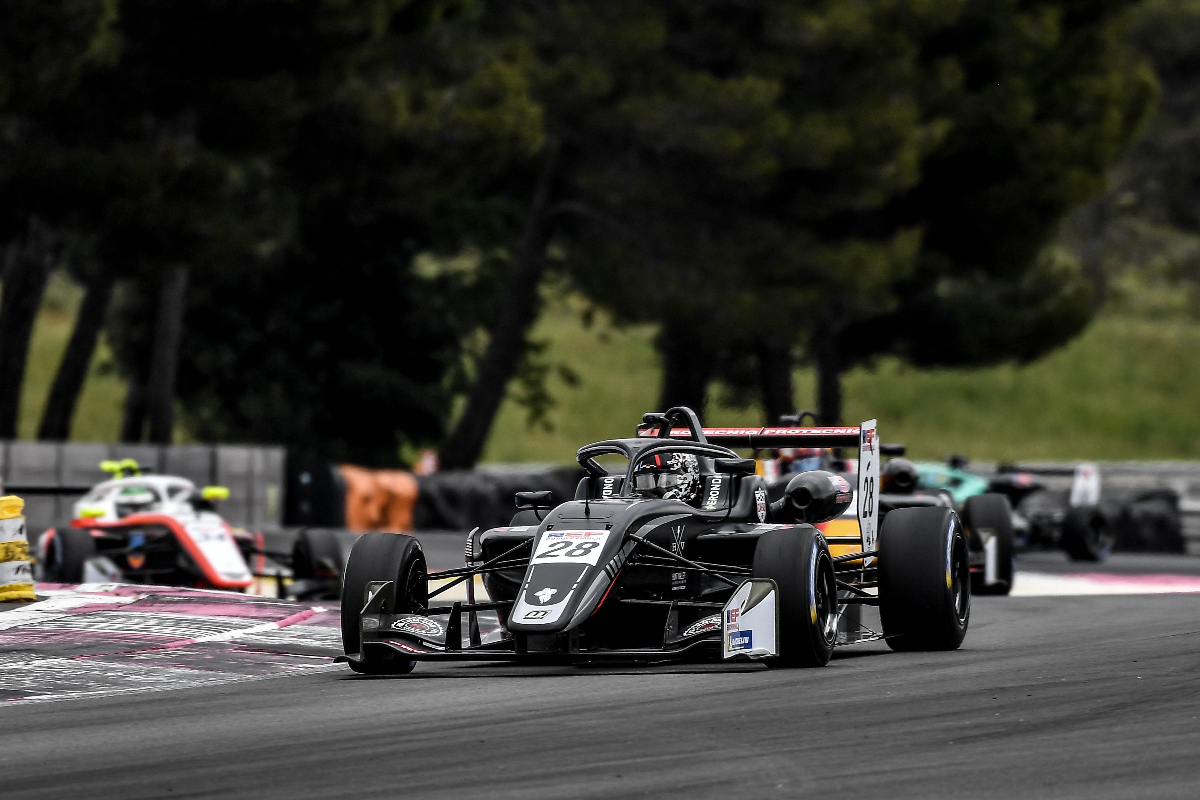 Cameron Das clinched his fourth Euroformula win of the season after an explosive battle with fellow Motopark-run drivers Jak Crawford and Louis Foster at Paul Ricard.

The trio spent the first half of the race running line astern, with Foster taking the lead from poleman Crawford around the outside of the first corner while the faster starting Das got boxed in.

Das took second from Crawford around the outside of turn 10 on lap three of 16, but Crawford reclaimed it by going wide then cutting in at the next corner, but Das was back ahead at the next direction change, and all this drew Double R Racing’s Joshua Mason into the lead fight.

Crawford then got second place again at the final corner on the next lap, and he started challenging Foster – who was already struggling to get the maximum out of his tyres – for the lead.

Foster ran Crawford deep into the Mistral chicane on lap six, and this meant the top three went three-wide into turn 10. They navigated safely, and next time around Crawford did manage the over-under to pass Foster. Das tried following through and Foster had to work really hard to end the lap in second.

However the slipstream meant he could repeat his turn one move just a few hundred metres later and be back ahead, and Das then caught Crawford at turn 10 but his fellow American somehow kept second place.

Mason tried passing Das for third on the next lap, and Crawford got down the inside of Foster at turn 11 for the lead. A small tap led to a spin for Foster and Crawford going off, but the American returned to track side-by-side with Das, with the new lead battle only being settled at the final corner.

Now free of Foster, the two Motopark drivers then shot off into the distance in the remaining laps, while Mason was swamped up by those behind. A wide moment for Crawford settled the lead battle in Das’s favour, and he took his fourth win of the year.

Foster dropped to eighth but recovered to sixth, ahead of Mason and VAR’s Casper Stevenson.

CryptoTower’s Filip Kaminiarz was set for ninth until he span at the final corner of the race, and Double R’s Zdenek Chovanec passed Drivex’s Enzo Scionti there for the position.