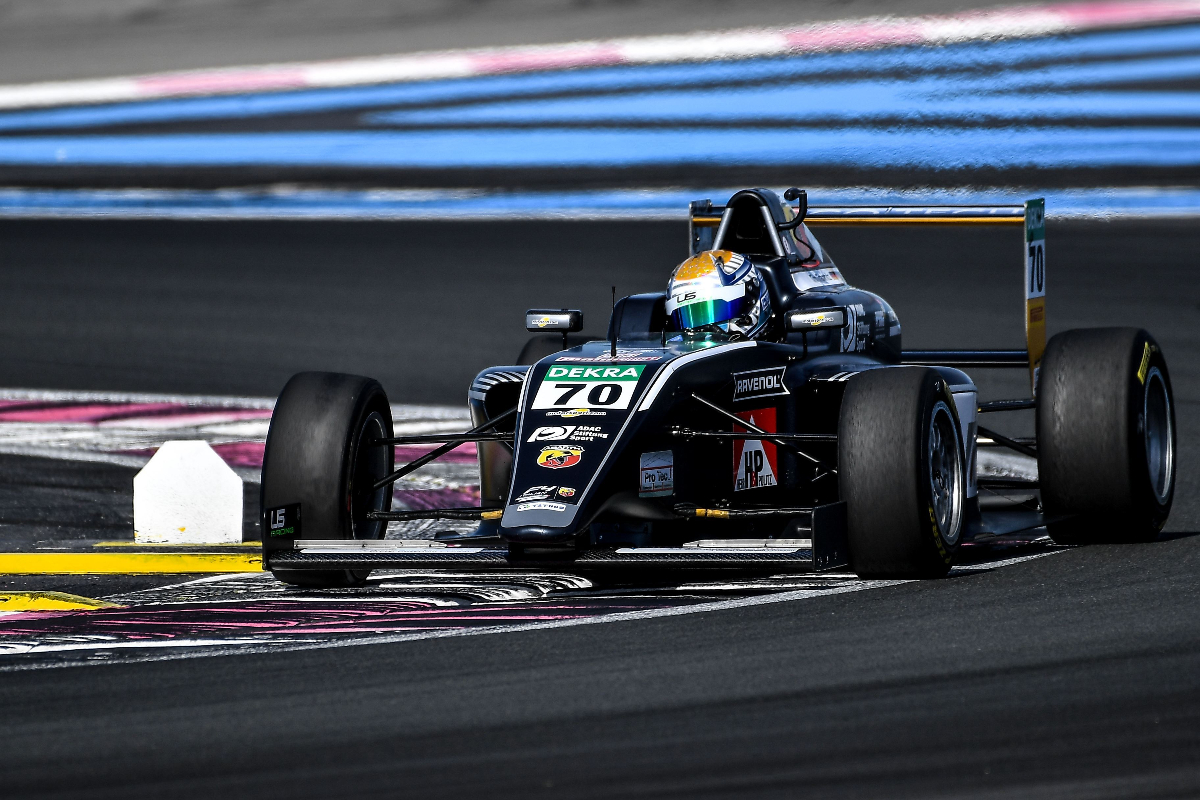 Tim Tramnitz may not return to Italian Formula 4 this year, but he leaves the season opener as points leader and with two wins.

The US Racing driver started from pole and immediately streaked away into a lead of several seconds while Prema’s Sebastian Montoya tried valiantly to hold on to second place ahead of Luke Browning (US), Ollie Bearman (Van Amersfoort Racing) and Vlad Lomko (US). Bearman had started in second, but got passed through the opening corners.

Browning managed to make the pass at turn 11 on lap three of 14, and when Montoya tried coming back at him he instead ran off track and allowed Bearman through to.

Once in clean air, Browning started setting fastest laps and cut down the four-second lead Tramnitz had built in just three laps. Lomko and Iron Lynx’s Leonardo Fornaroli got past Montoya on the next lap, with Francesco Simonazzi and Hamda Al Qubaisi at the back of the train of cars fighting for what was now fourth.

Tramnitz’s lead had been trimmed by only a second when the safety car was called out on lap nine following a clash between Cram Motorsport team-mates Vittorio Catino and Nicolas Baptiste, and it brought Browning right onto the rear of Tramnitz for the two laps of green flag action left.

It was no issue for Tramnitz, who sprinted away as Bearman hassled Browning and as he passed him at turn 10 made the reigning British F4 champion get loose and fall to sixth, meaning Lomko completed the podium.

Al Qubaisi also dropped down the order on the final lap, while her Prema team-mate Kirill Smal retired on lap one after clumsily crashing into VAR’s Nikita Bedrin at the Mistral chicane.