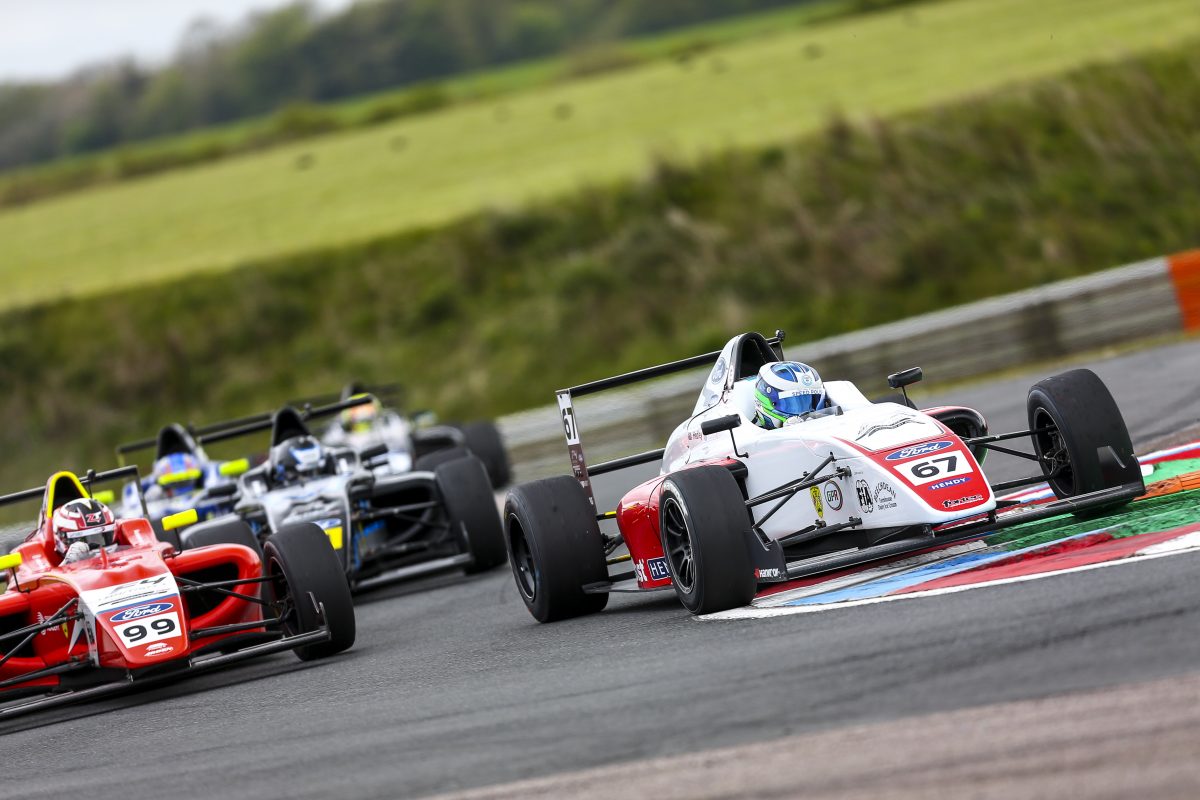 James Hedley says his race-winning decision to use slicks in the opening British Formula 4 round at Thruxton was prompted by a suggestion made by his father.

It was a wet start to Saturday’s action at Thruxton, with British F4 qualifying taking place in damp conditions. The rain had stopped before the first race, but judgement over whether the track was dry enough for slicks split the field.

Hedley had initially opted for wet tyres, but a last minute suggestion by his father changed his mind.

“Before the race, we were in parc ferme, and I was speaking to my engineer and watching touring cars on TSL [live timing],” Hedley explained.

“They were on slicks, and they were starting to go quicker, but we also have to consider that they’re a lot heavier, and they’ve got wheel arches so they can produce a lot more heat than we can.

“After that discussion, I made up my mind that it was wets. Five minutes later, my dad came over and he was like ‘go on slicks, James, you’ve got nothing to lose’.”

Hedley started the race on slick tyres, a decision which led to his first race win of the season – and Fortec’s first British F4 win at Thruxton.

In the opening laps, Hedley and the other slick runners fell backwards but, by lap three, the track was getting too dry for wet tyres to be effective, and Hedley shot up thorugh the order to take an unlikely victory.

“I have to thank my dad, really, and the team for making that decision,” he said. “It was my decision at the end of the day, but he definitely influenced me with that. He’s a wise old man.”