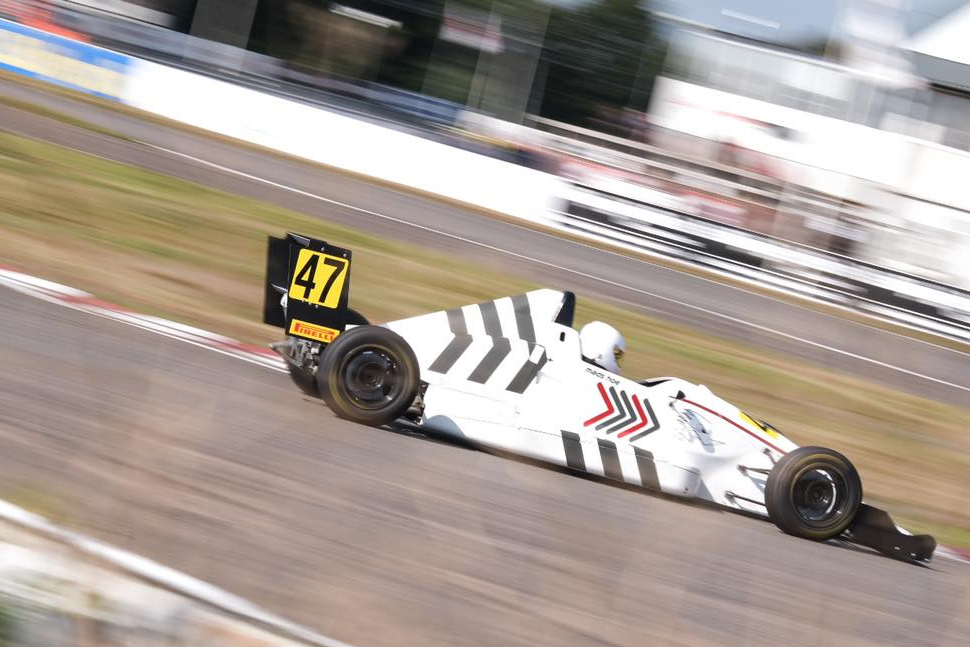 Mads Hoe extended his Danish Formula 4 title advantage with victory in the final race of the weekend at Padborg Park.

Noda lead the field for the first two sectors of the race, but then her day went downhill as her right sightpod came detached along the bottom and flapped about until the back straight when it started rubbing against her rear-right tyre.

She peeled into the pits at the end of the lap to get it taped up, promoting Fittipaldi into the lead ahead of Jacob Bjerring and his team boss Hoe.

Fittipaldi built up a lead of two seconds over Hoe, but once he started encountering backmarkers to lap his gap was eaten into and after being held up by Laura Lyloff – who had dropped time after spinning – he had Hoe all over his rear.

The points leader took a lap before making his move, diving down the inside at the penultimate corner. From there the track was too narrow with more traffic for Fittipaldi to get back past, and Hoe led him home for a fourth win of the year.

Bjerring battled almost all race with William Wulf for third place, after being passed by Hoe early on, and initially the F5 driver’s defences worked against the F4 sophomore.

Wulf was able to get by though at a similar time to when Hoe cleared Fittipaldi, but Bjerring was capable of reclaiming his position and then pulling away. With two laps to go Wulf benefitted from traffic again though and dived down the inside of Bjerring to get back onto the podium, then stayed ahead to the end.

Jesse Carrasquedo Jr finished fifth on the road but dissapeared from the timing screens with two laps to go as he was disqualified. He had been given a penalty for jumping the start, but ignored the flags he was shown and was therefore excluded from the results.

That promoted Sebastian Gravlund to fifth to cap a strong first weekend in single-seater racing.

Noda did rejoin the action but then had to return to the pits and retired. Her and Carrasquedo remain in title contention, but only just with two rounds to go.