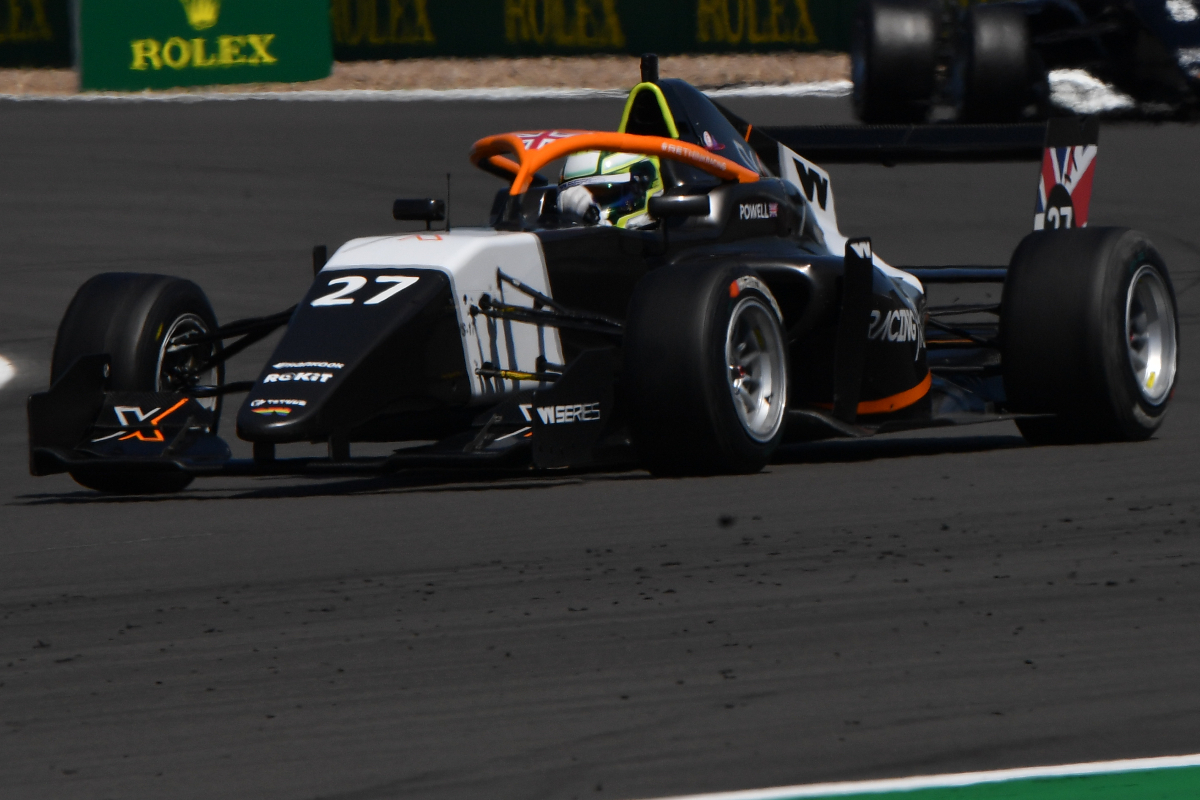 Alice Powell took her third W Series win of the season by beating Jamie Chadwick, who she now passes in the standings, at Zandvoort.

There was drama before the 30-minute race even got underway. At the field headed to the grid, Bruna Tomaselli spun coming out of Tarzan and was forced to drop to the back, while pole-sitter Kimilainen briefly skimmed the gravel.

Kimilainen proceeded to lead from pole with a reasonable start, with Powell and Chadwick slotting in behind.

The trio began to open up a gap to Nerea Marti in fourth, with Jessica Hawkins leading a large pack of cars in fifth.

Kimilainen’s pace failed to matcg her two rivals at the front after the first third of the race, and she was passed in an unconventional manner by Powell.

Chadwick got by shortly after, and the front two then proceeded to exchange fastest laps at the front before Powell was able to eventually open up a decent gap to her title rival.

Powell’s win puts her level on points with Chadwick, but in the title lead on wins countback.

Kimilainen was eventually able to drive around her issue and resist Marti to round out the podium, but now has a more remote chance of taking the title being 34 points behind Powell and Chadwick with 50 points left to score.

Marti continued her consistent form by taking fourth, while Hawkins was eventually able to open up a small gap to Abbie Eaton to take fifth. Eaton had resisted late pressure from Belen Garcia to secure that position.

Abbi Pulling’s second W Series race concluded in an exciting manner. Starting fifth, she dropped two places on the opening lap, before being passed by Garcia early in the race.

She then got her own back on Garcia on the last lap coming out of the banked Hugenholtzbocht, and snatched seventh place.

Sarah Moore and Miki Koyama finished ninth and 10th, with Koyama resisting Vicky Piria and the returning Beitske Visser for the final point. Visser had an engine change prior to the race as an issue was found after qualifying.

Also returning to the track was Irina Sidorkova, but she struggled to progress up the field and finished 15th.

Marta Garcia finished last, and had an unspecified issue during the race.