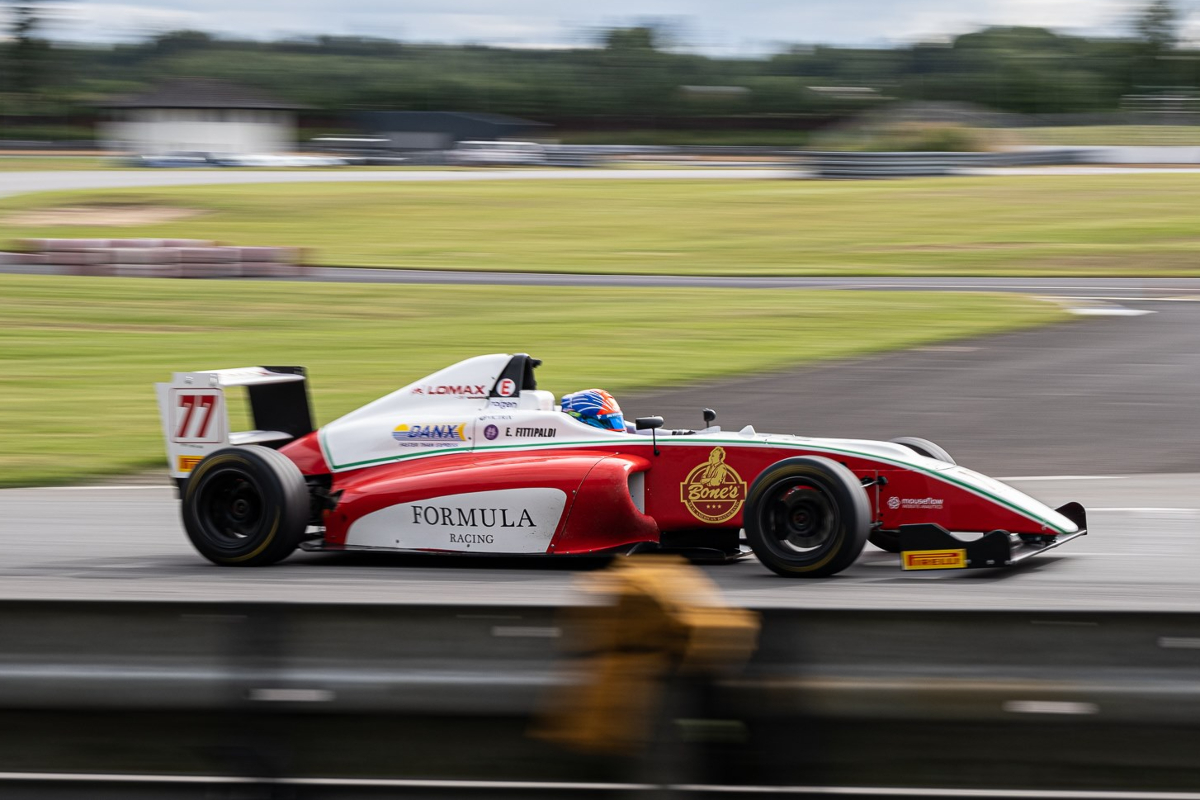 Emmo Fittipaldi utilised a great start to leave the rest of the pack behind as he dominated the second Danish Formula 4 race of the weekend at Padborg Park.

Starting third on the grid, Team FSP’s Fittipaldi got ahead of slow-starting pole-sitter Mads Hoe and weekend debutant Sebastian Gravlund of the line.

From there, the son of double Formula 1 world champion Emerson opened up a four-second lead to Formula 5 runner Jacob Bjerring behind and controlled the 15-minute race at the front to take his second win in the category.

Bjerring took second, some way ahead of Noda Racing’s Juju Noda, who started seventh and finished third despite late contact with a backmarker to which she was fortunate not to get a puncture.

Jesse Carrasquedo Jr took seventh after stalling at the start, as he had to carve his way through the field back into the points. He finished ahead of Mads Hoe Motorsport’s Mille Hoe, while Peter Henriksen and Jan Lylloff rounded out the top 10.

Noah Stromsted’s impressive start to the season hit trouble as his race concluded early after pitting early on for an unspecified issue.

In addition to Carrasquedo, Laura Lylloff also stalled. She was the first of the lapped runners in 11th. Frederik Stena and Michella Rasmussen were also lapped having spun off at different points of the race.

Line Sonderskov did not start the race for an unspecified issue.