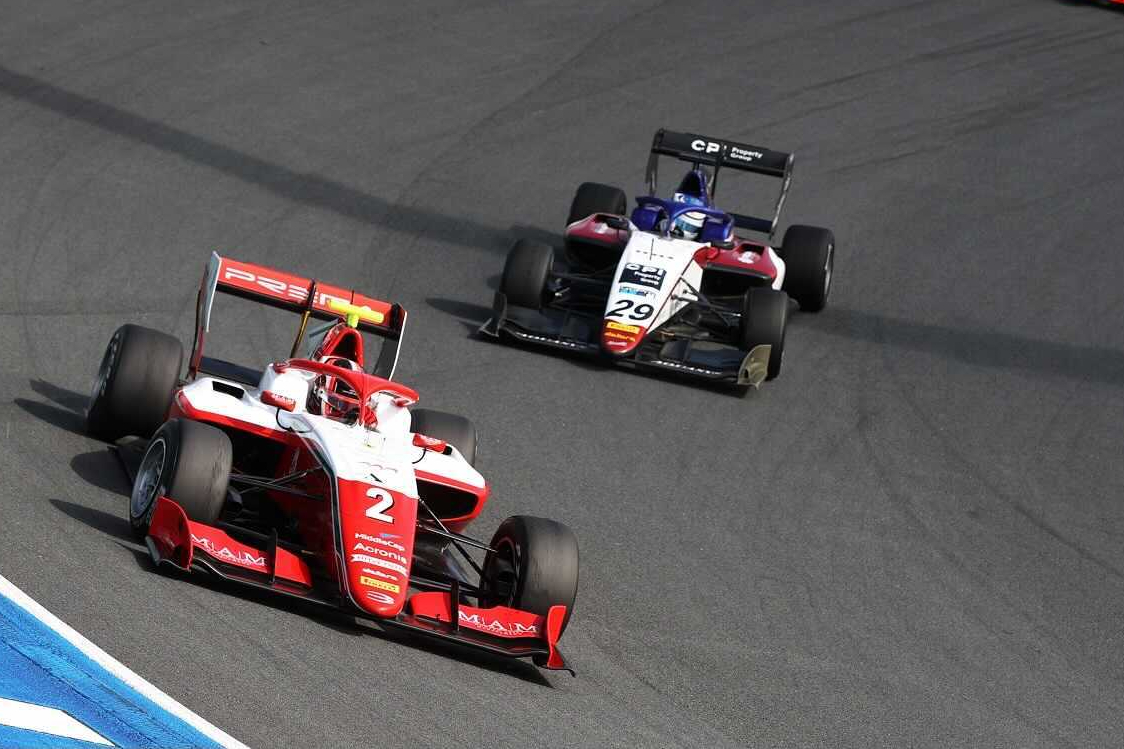 Arthur Leclerc has explained his intense battle with Charouz Racing System’s Logan Sargeant for victory in the first Formula 3 race of the weekend at Zandvoort.

The pair went wheel-to-wheel a couple of times in the race after Prema driver Leclerc got by Sargeant and reversed grid pole-sitter Amaury Cordeel at the start from third on the grid.

Formula Scout asked Leclerc about the battle which led to his second win of the season.

“It was an intense fight,” he said.

“It was not an easy race. He put me under quite a lot of pressure, we were side-by-side two or three times. It was just about to defend the position as much as I could because we were fighting for the win, and we both really want to win.

“We just fought as hard as we could, always fair, so that’s what I liked in this battle and it was good racing. It was not easy inside the cockpit, it was a lot of thoughts like ‘what can he do in this situation, what I can do to put him a little bit more in trouble and keep the position’. It was really not easy, but in the end it paid off.”

Leclerc revealed that despite building a gap after a safety car restart during the race, he was unhappy with how that occurred.

Through the race, Leclerc struggled with tyre degredation around a track with two banked corners and a lot of tight turns.

“It was a bit difficult to manage the rear, so I was getting quite a lot of snaps around corners,” he said.

“It wasn’t easy, we didn’t set up the car as well to start P1, that made as well an effect. We tried to try to put a bit maybe front to create opportunities but in the end we were P1 in the first lap so it didn’t go as planned but it was better like this!”

The setup to his victory was his start though, which he was far more pleased about.

“The start was quite good. Then it was just about really braking as late as possible, we were three [cars] side-by-side, so just had to manage a bit what was doing Logan.

“On the inside I didn’t want to have any contact or anything, I just wanted to maximise the opportunity, so we did it, and after it was really hard to keep it in front. Logan put me under a lot of pressure from the beginning to the end.”