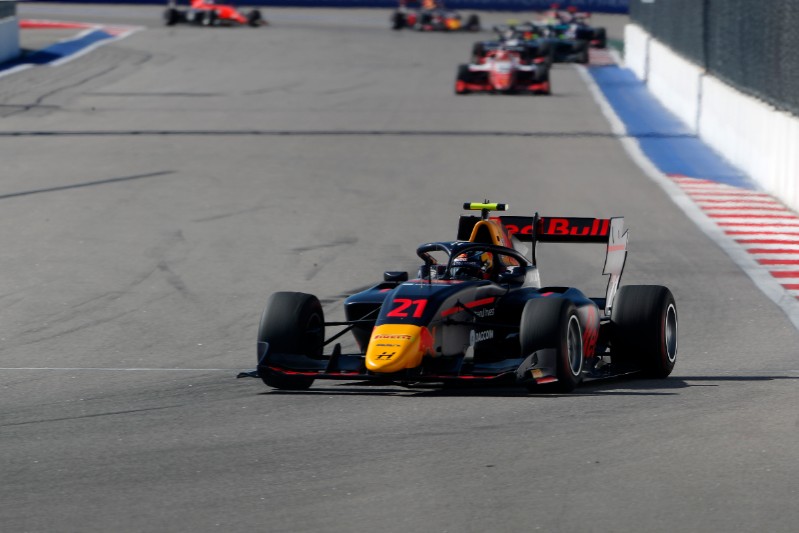 The FIA Formula 3 Championship is on course to replace its final round at Circuit of the Americas with a trip to Sochi.

There is a gap of seven weeks between this weekend’s Zandvoort races and the October 22-24 round at COTA in Austin, Texas that was planned to be the conclusion of the season.

However increasing demand for ICU hospital beds in the local area, and a planned tightening of travel restrictions for individuals departing the United States for countries in the European Union, has put the event under threat.

While it is unclear if Formula 1’s United States Grand Prix race will be impacted, a source in the F3 paddock has told Formula Scout that the support series is “99.9% sure” of swapping COTA off its calendar for the streets of Sochi.

The resort city in southern Russia will be hosting the Russian Grand Prix on September 26 in three weeks’ time, and Formula 2 is already confirmed as being on F1’s support bill there.

It will mark the first time the two main feeder series will race on the same weekend since 2020, when both F2 and F3 raced at Mugello in support of the inaugural Tuscan Grand Prix. FIA F3 had Sochi as its final round in its inaugural season in 2019.

Formula Scout understands Mugello was also under consideration as a replacement venue for COTA this year.

The movement of the season finale to Sochi will be a relief for Russian driver and title outsider Alexander Smolyar, who had expressed concern to Formula Scout that he would not be able to make it to COTA due to travel restrictions.

Bruno Michel, CEO of the two junior single-seater series, told Formula Scout in July about his plans for calendar adjustments in the face of cancelled events.

“Like we had last year, every time a race has been cancelled, we’ve always been trying to replace it and F1 has been doing exactly the same,” he said.

“I really hope we can go to Monza [for F2], but for the moment it looks OK, let’s put it that way.

F3 has already cancelled its World Cup event around the streets of Macau in November, while F2 still has two dates after Sochi. It will race in Saudi Arabia for the first time on December 4/5 around the new Jeddah street circuit, then a week later will finish its season at Yas Marina Circuit.