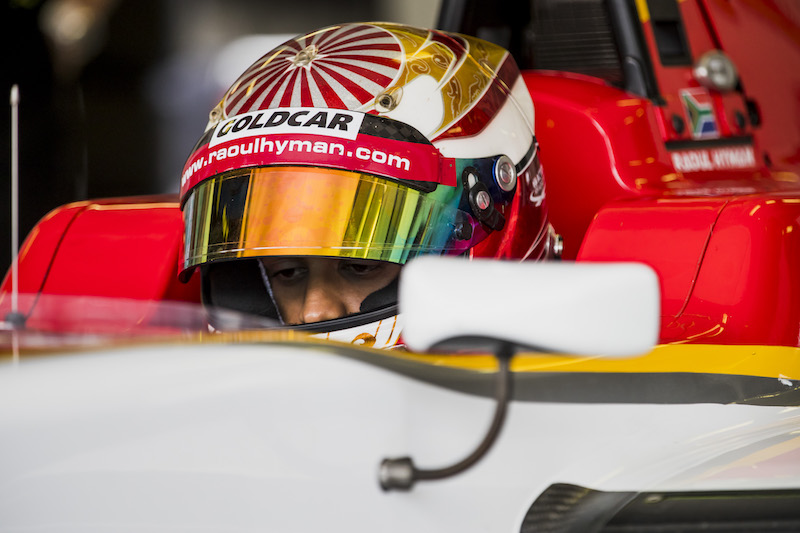 European F3 outfit Hitech was one of 10 teams announced last month for the series, which has been launched in line with the FIA’s regional F3 concept and will use a new car built by Tatuus and powered by?Autotecnica engines.

Hyman will race in the series, which is due to start at Sepang on July 13-15, after finishing 13th in GP3 last year with Campos Racing, having won race two at the Red Bull Ring.

A rival of George Russell in BRDC Formula 4 in 2014, Hyman then stepped up to European F3 with West-Tec before spending much of 2016 on the sidelines.

“I am thrilled to be competing in the inaugural Asian F3 Championship and especially excited to join Hitech Dragon GP,” said Hyman.

“The team is extremely professional in their approach and are motivated to win, so I’m happy to be joining their ranks.

“Our aim is to hit the ground running and mount a successful championship assault from the very first round in Sepang. I’m really looking forward to getting the season started.”

Hitech chief Oliver Oakes added: “We are thrilled to welcome Raoul to the Asian F3 squad.

“With his proven talent in junior formula the past few years, we are confident that Raoul will be a great fit for the Asian F3 campaign.”

Absolute Racing has enjoyed success in GT racing and in Formula Masters China, run by the same Top Speed organisation that is promoting Asian F3.

It is also understood that reigning Asian Formula Renault and Chinese F4 champion Charles Leong has chosen to contest Asian F3 with BlackArts Racing rather than the Formula Renault Northern European Cup, as originally planned.