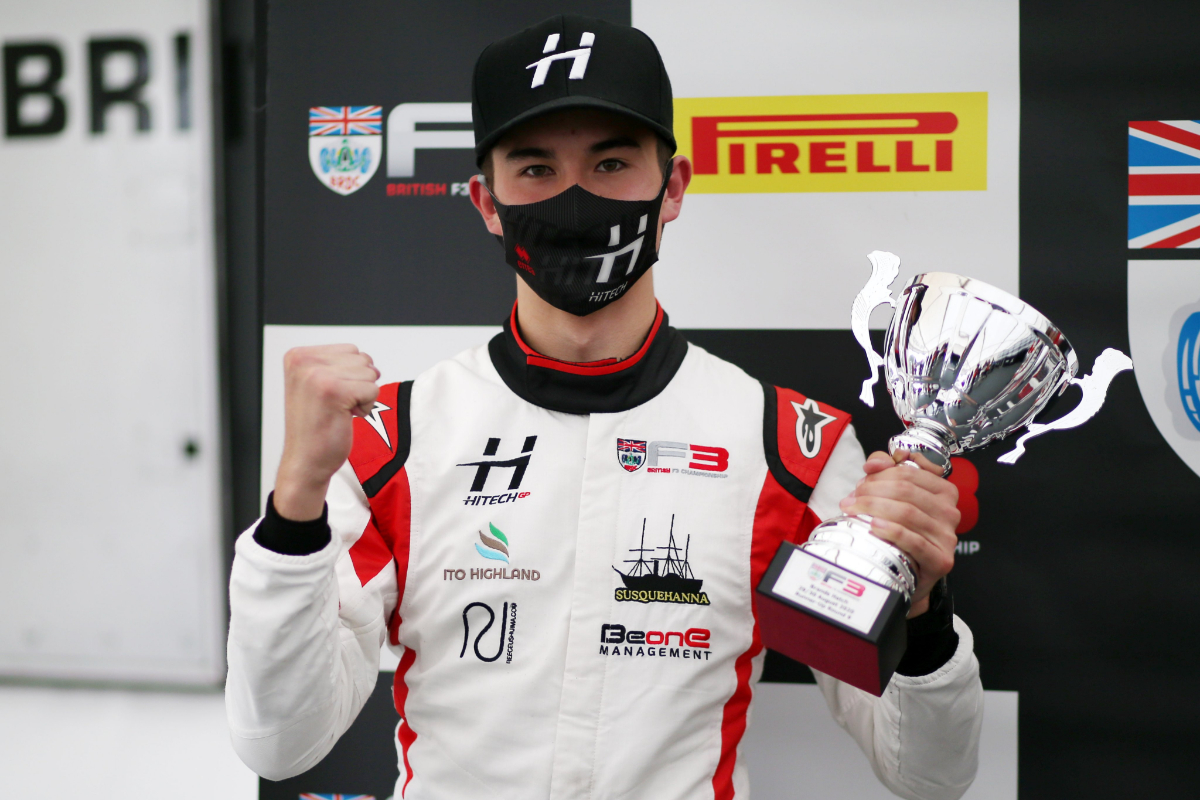 The American-Japanese teenager had originally planned to race in the Formula Renault Eurocup this year, and had signed a deal with M2 Competition, but travel restrictions as a result of the COVID-19 pandemic meant he switched to British F3.

With only a few weekends in Formula Ford 1600 and the MRF Challenge under his belt, Ushijima entered the season as one of the least experienced but took a podium in round two at Donington Park and eventually came 11th in the points.

“2021 Asian Formula 3 this winter. Lets get it Hitech GP,” Ushijima said on Twitter as he announced his Asian F3 entry.

The upcoming season, which starts on January 22/23 at Yas Marina Circuit, takes place over five rounds in the United Arab Emirates and is expected to attract a grid of close to 20 cars.

One of Ushijima’s team-mates will be a FIA F3 Championship experienced driver, while Abu Dhabi Racing and new team Evans GP are both expected to reveal Formula 4 graduates in their line-ups.

The 15-year-old Thai karter finished fourth in the IAME Asia Cup this year, and also ventured into European competition with Kart Republic after joining the team in his final season of junior karts last year.

He will be team-mate to Dutch karting graduate Dilano Van’t Hoff at Xcel, which is set to reveal two more drivers ahead of the 2021 season.