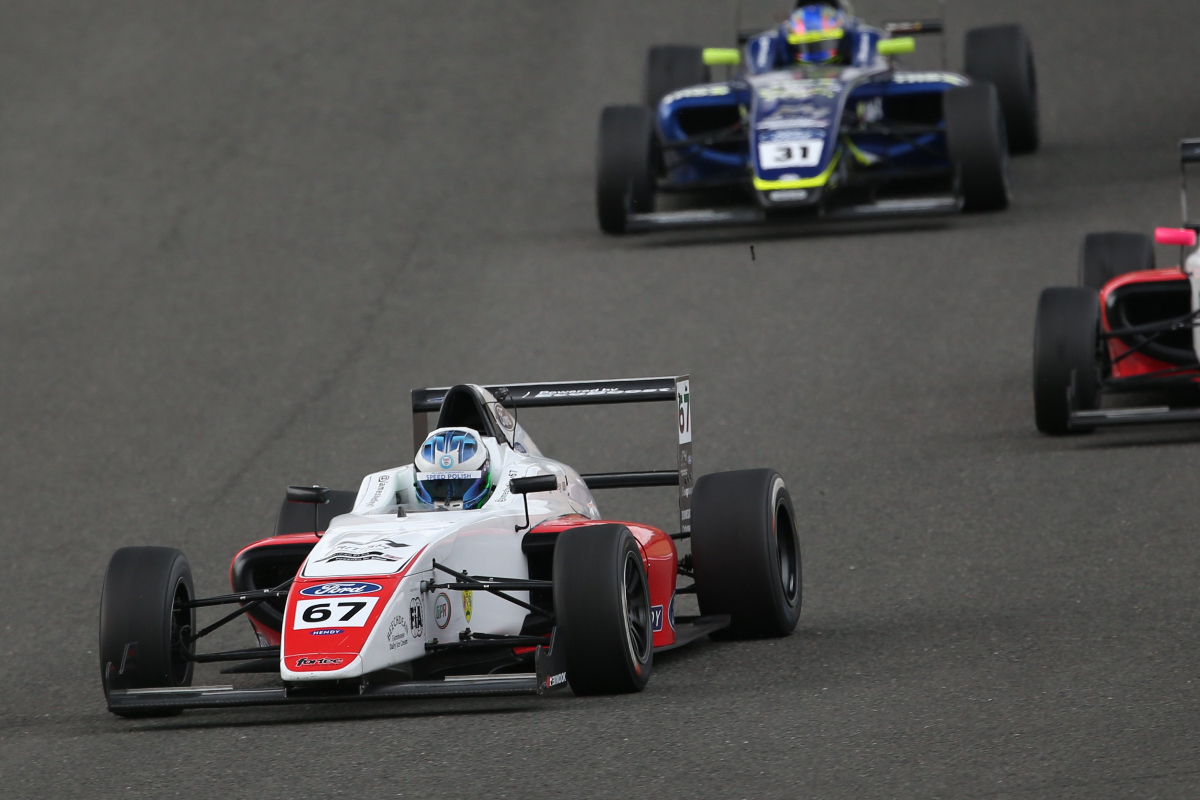 James Hedley mastered changing conditions at Brands Hatch to win the second British Formula 4 race of the weekend and extend his points lead.

Conditions went from wet to dry and back to wet again in the space of 20 minutes, but Hedley managed to hold on to take a commanding victory.

Rain began to fall just 10 minutes before the start of the race and the field was split in terms of tyre strategy. Grooved tyres were the favoured option but front row starters Matthew Rees and McKenzy Cresswell opted for slicks.

The decision didn’t pay off in the first half of the race as they struggled for traction and plummeted down the order. Eduardo Coseteng picked up the race lead while Hedley climbed his way forward from 10th on the grid.

Mattias Zagazeta passed Coseteng for the race lead and began expanding his gap to the rest of the field but he was only 1.4 seconds ahead when Hedley made his way into second place.

In just a handful of laps Hedley closed the gap and came through to take the race lead at McLaren, but the weather had already changed and slick tyres were now the better option.

But Rees, Cresswell and Abbi Pulling were then slicing their way up through the order, taking multiple positions in a single lap.

Hedley managed his tyres well, extending the gap to more than 4.5s, but it only took two laps for Rees to close onto the back of his Fortec-run car and take the lead at Paddock Hill Bend.

Hedley didn’t drop too far down the order, though, as the weather had changed again and the slick-shod drivers no longer had the tyre advantage. Hedley was able to fight back and reclaim first place.

The chequered flag was waved before the weather could turn again, with Hedley finishing 6.140s clear of Rees for the win.

Zagazeta, who was on wet tyres, fought back in the closing stages of the race and was challenging Pulling for the final podium position, but Pulling held on to take her second podium of the weekend.

Roman Bilinski, who had made the late call to stick to slicks, finished fifth ahead of Cresswell and Kai Askey.