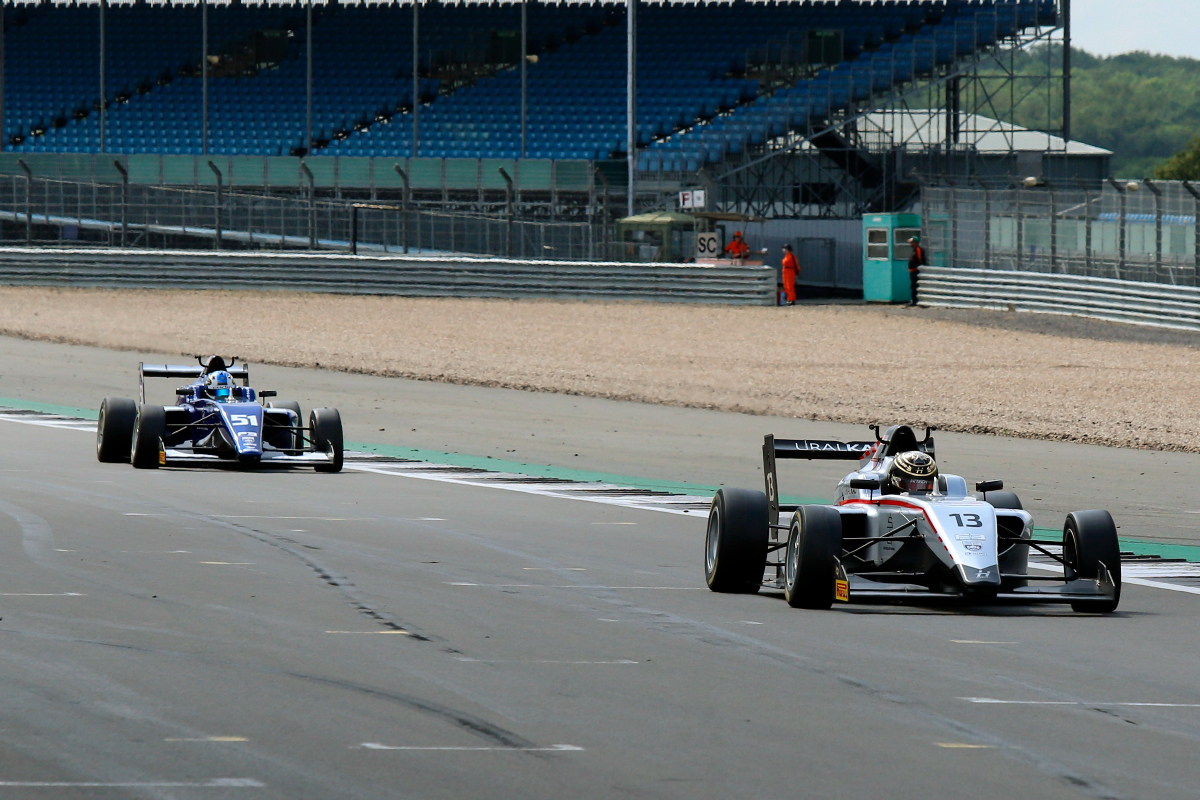 Reece Ushijima took his second BRDC British Formula 3 win in a row ahead of Zak O’Sullivan at Silverstone in race two on Sunday.

As in Saturday’s encounter, the Hitech GP driver took a lights-to-flag victory from pole on the Grand Prix layout to become the first double winner of the season.

Carlin’s O’Sullivan ran a close second throughout the race after passing Arden’s Frederick Lubin off the line, finishing 1.174s second behind.

After retaking Mansell a few laps later, Lubin caught Faria for third in the closing stages, with the pair also closing in on O’Sullivan.

Faria held on to take the final podium spot, and was just 0.5s behind O’Sullivan at the finish.

Mansell was passed around the outside of Stowe for fifth by Arden’s Alex Connor, who had climbed from ninth on the grid, but a time penalty dropped Connor to ninth at the chequered flag.

Mansell lost fifth and sixth to Elite Motorsport’s Javier Sagrera and Hitech’s Bart Horsten before the finish, Horsten storming up the order from 15th with a number of overtakes.

Douglas Motorsport’s Dexter Patterson was involved in a collision with Carlin’s Bryce Aron at Luffield which necessitated a front-wing change with dropped Patterson to last, while Aron recovered to finish 11th.