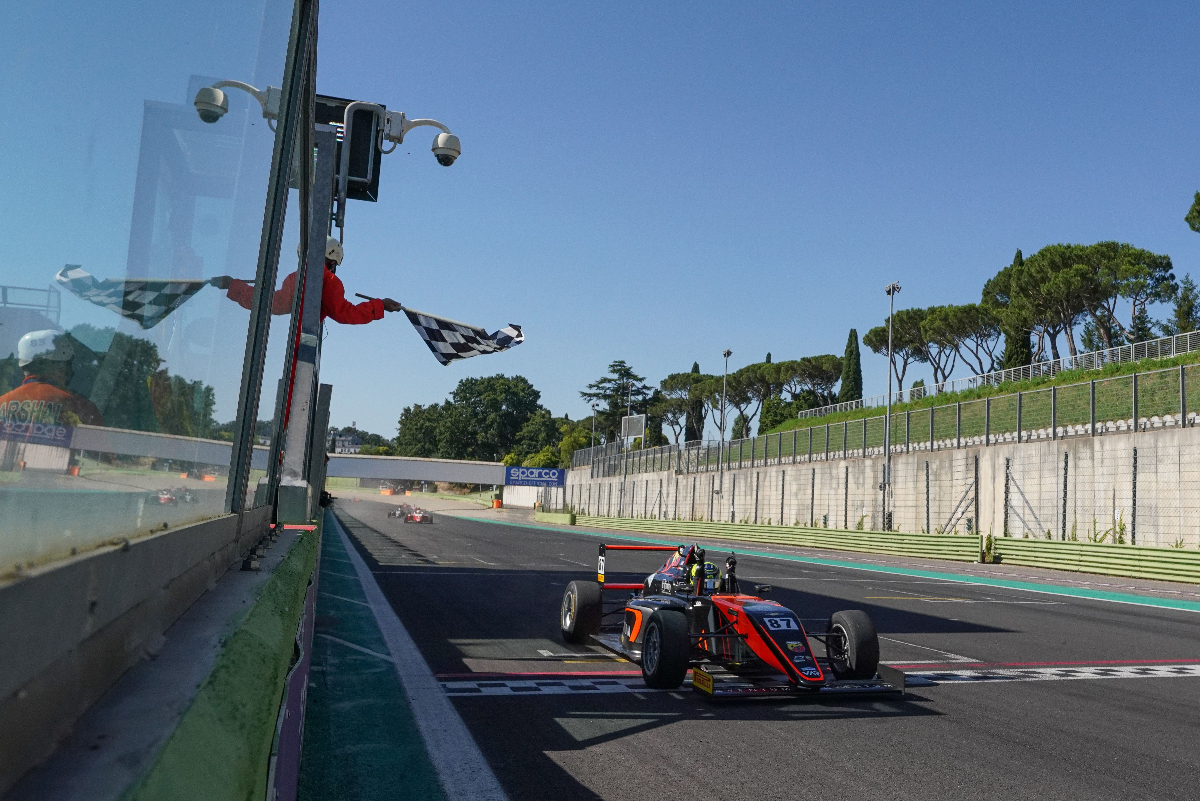 Van Amersfoort Racing’s Oliver Bearman won his second Italian Formula 4 race of the day at Vallelunga, this time inheriting the lead after a penalty for Sebastian Montoya.

Bearman started third on the grid and got a good start on the opening lap. He battled with Prema’s Montoya but ended up slipping behind US Racing’s Tim Tramnitz and Montoya – who was judged to have jumped the start.

There was a big crash further behind on the first lap, as Jenzer Motorsport’s Jorge Garciarce and Iron Lynx’s Pietro Armanni collided. The recovery job took up a third of the half-hour race.

When the racing got going again, Bearman took a few laps to find his way past Tramnitz for second on the road, shortly before Montoya’s drive-through penalty was announced.

He was then promoted to first when Montoya served his penalty, but the Colombian then returned to pitlane after the penalty and retired. AKM Motorsport’s Lorenzo Patrese also retired in the pits.

Bearman held a small lead over Tramnitz before the safety car was brought out again for a crash between US’s Vlad Lomko and VAR’s Nikita Bedrin while squabbling over points, in which Jenzer’s Francesco Braschi was also caught up in.

The number of cars involved in the crash meant the race was concluded behind the safety car, and ensured Bearman a fourth successive win ahead of Tramnitz, VAR’s Joshua Dufek and Mucke Motorsport’s Joshua Duersken.

VAR’s Cenyu Han had a miserable race, bogging down after jumping the start and ended up 24th from fifth on the grid. Prema’s Charlie Wurz also started up the order, slipped back and recovered to 13th.

His team-mate Hamda Al Qubaisi was fighting with Smal over eighth when she spun off and finished 17th.