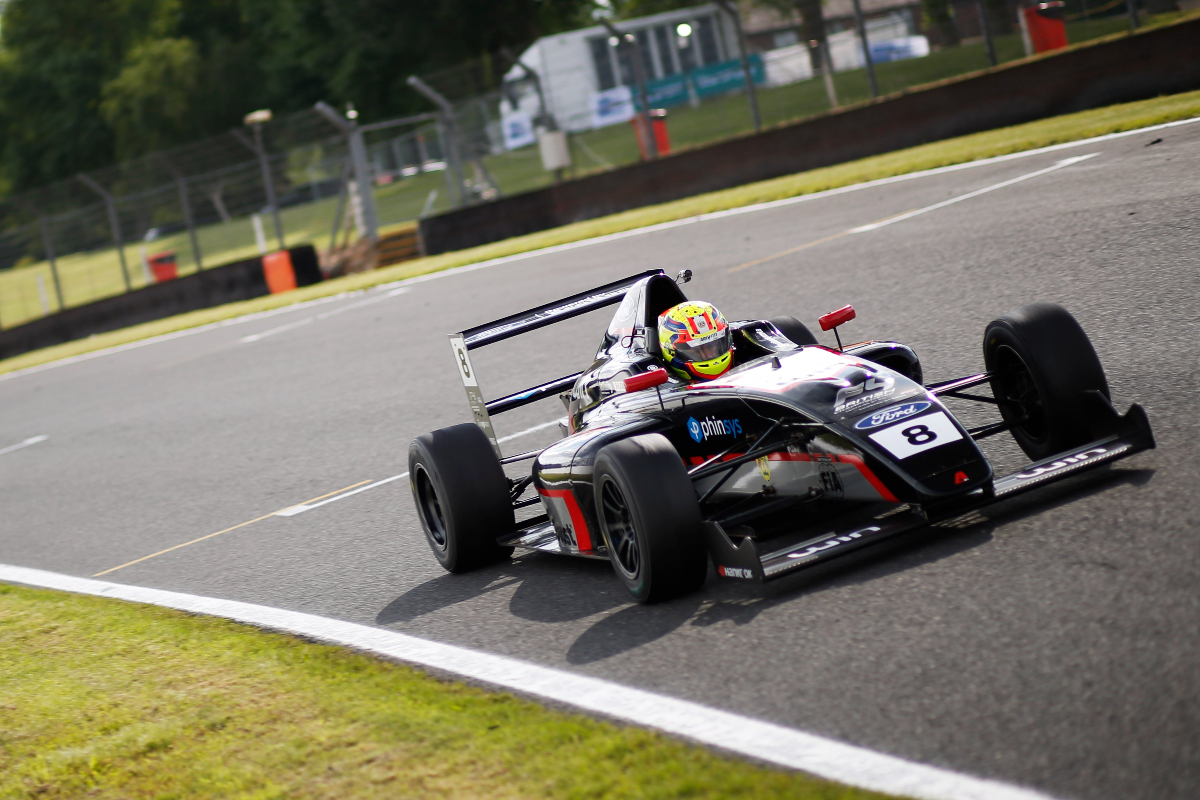 The Argenti Motorsport driver jumped up to first place on the opening lap and was unchallenged through the remainder of the 25-lap race.

JHR Developments’ poleman McKenzy Cresswell stuck with Zagazeta through the first half of the race but was never close enough to put up a challenge and slowly slipped back to more than two seconds adrift.

The main battle through the race was that for the final step on the podium.

Matthew Rees took third from Kai Askey early on but was unable to shake the Carlin driver. James Hedley and Joel Granfors made it a four-way battle in the closing stages, though the two Fortec drivers continued to battle among themselves and almost let the podium battle slip away.

Askey managed to find a way back past JHR’s Rees late on. Hedley immediately closed onto the back of his title rival but with Granfors on his tail he didn’t risk a move. He finbished just 0.204s behind Rees, with Granfors a further 0.215s behind.

After a strong start, Joseph Loake slipped backwards to finish seventh ahead of Abbi Pulling. Aiden Neate rounded out his debut weekend in the series by passing and then holding off Argenti team-mate Eduardo Coseteng to take ninth.