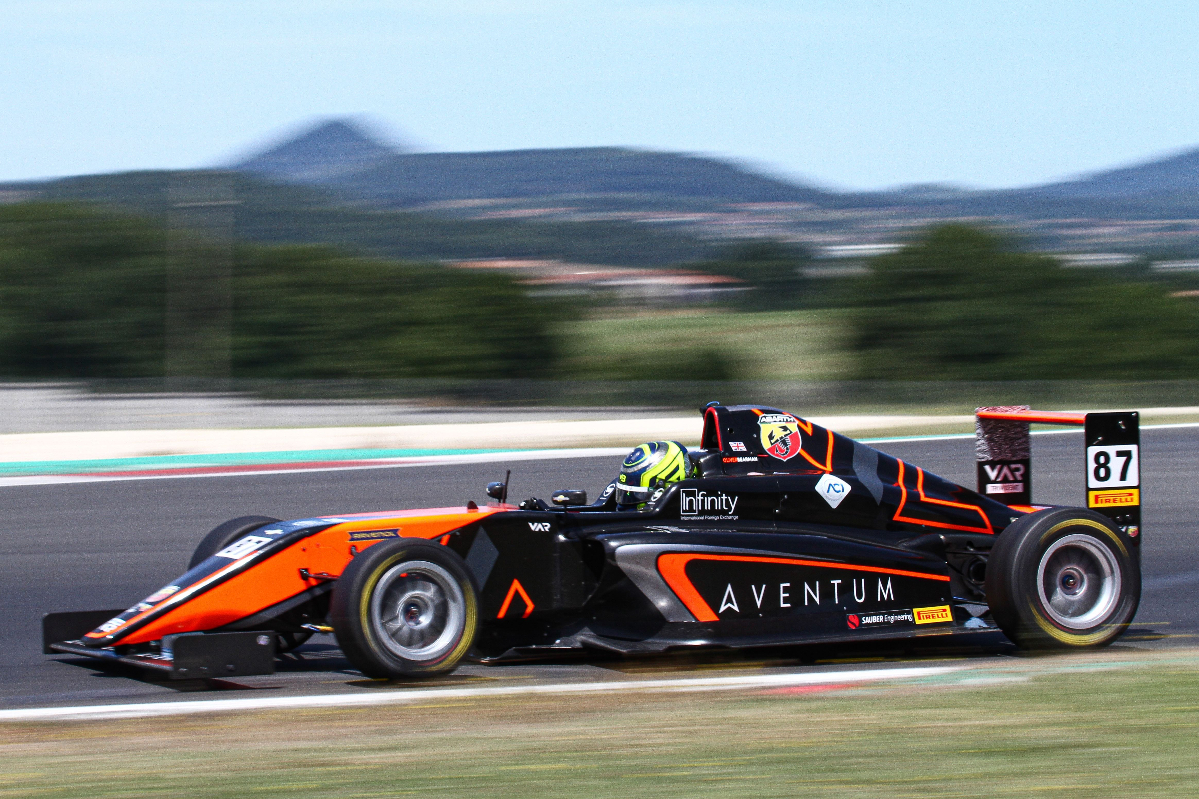 Championship leader Bearman and Montoya were the class of the field throughout the 19-lap race, as they established an early lead to the rest of the pack.

Montoya constantly kept within range of Bearman, with the gap regularly between 0.6 and 0.9 seconds.

That was until a safety car came out towards the final third of the race after Iron Lynx pair Maya Weug and Pietro Armanni, who had picked up a penalty for contact on the opening lap, came to blows. Weug turned in on her team-mate, and both crashed hard into the barriers.

The race was restarted with six minutes remaining, and Montoya was right with Bearman. The pair went side-by-side on a couple of occasions, but Bearman was able to just about hold on to secure his third successive win.

US Racing’s Tim Tramnitz rounded out the podium after passing VAR’s Cenyu Han early in the race, while Joshua Duerksen (Mucke Motorsport) and Joshua Dufek (VAR) also got past the Chinese driver to finish fourth and fifth.

Iron Lynx’s Leonardo Fornaroli entered the race second in points but could only finish in 10th and loses that position to the returning Tramnitz.

Prema’s Charlie Wurz started in sixth on his debut but slipped down the order early on with an unspecified problem but was able to climb back up to be classified 19th of the 31 starters. Jonas Ried also hit issues after being spun around on what was a very messy opening lap, while Eron Rexhepi was the other retirement from the race.