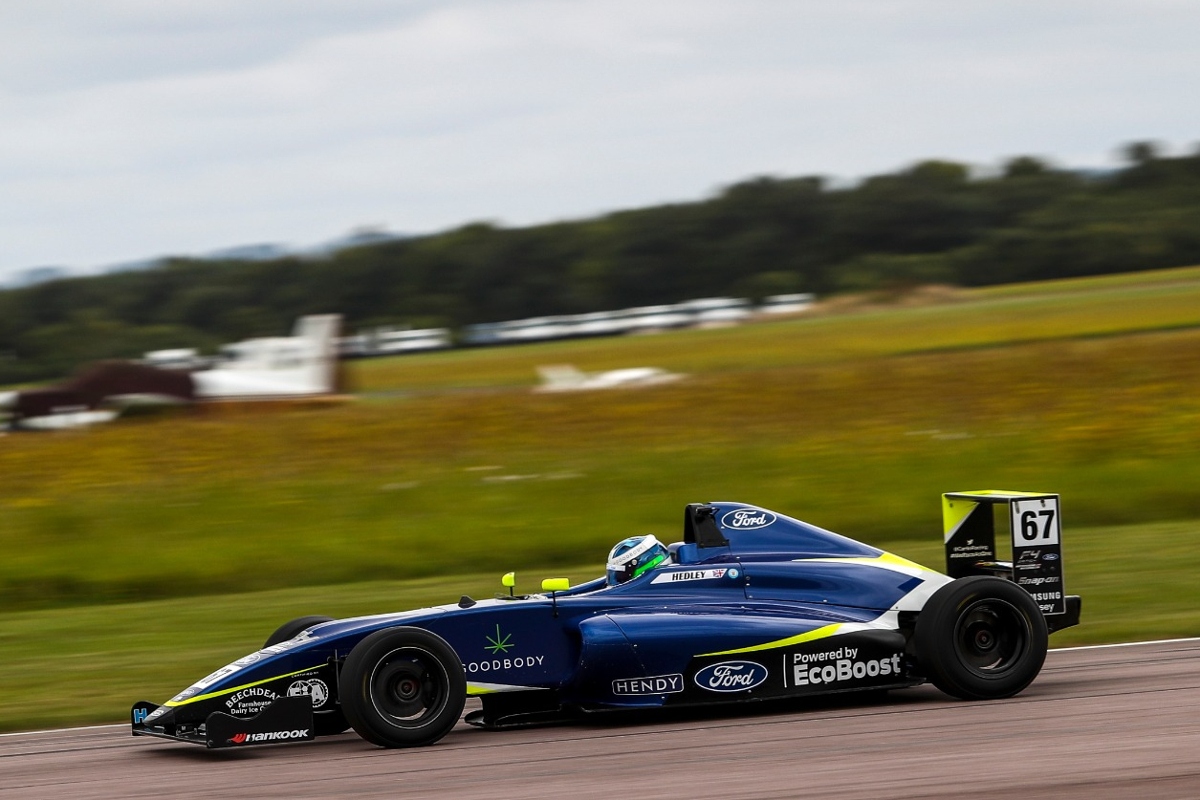 James Hedley has described the British Formula 4 title fight as the “life or death” of his career as he goes into the final two rounds of the season.

The 2019 Ginetta Junior champion won four races as a British F4 rookie last year with JHR Developments, but came into 2021 with only the budget for a few rounds with Fortec Motorsports.

While the remaining is now secured, and he’s made a mid-season switch to Carlin, his career beyond that will depend on how the final rounds go.

“I’m not poor, but I am in the motorsport world,” he explained. “For me to win this championship, it’s really the life or death of my career.

“It’ll definitely change what I do in the future. If I win, then I’d like to go to Europe. If I don’t… there’s not really an option. It’s tough but it’s win or nothing.”

Hedley’s career could receive a boost, as he’s in the longlist of drivers contending for the Aston Martin Autosport BRDC Award and its £200,000 prize. But he believes he will have to turn his season around in order to make AMABA’s final four shootout.

“To be in serious contention to win that, just like my career, I’ve got to turn [my season] around so I can get the best chance to get into the top four.

“They’re going to be watching me now. They’ll be understanding of my circumstances, but hopefully they can watch me turn this around.

Hedley currently lies fifth in the British F4 standings. He took four wins from the first four rounds, but has only made the podium once in the four rounds since. And following the team switch he’s been struggling to get up to speed.

There’s a 62-point defecit to the championship lead, but more than double that still up for grabs, and Hedley believes he has a realistic title chance.

“Everyone’s just closed up, which really does show how close the championship is.

“That’s what I’ve learned from last year to this year. The top 10 is split by a tenth.

“Normally it’s like ‘ah, I don’t have to risk too much to get this one, he can stay in front of me’, but it’s not the case any more. You’ve got to get every car you can.

“I think I’m the furthest driver away that can realistically win the title. It’s game on but anyone else below where I am, they’ve got to get lucky because there’s five good guys at the front that are in it.”