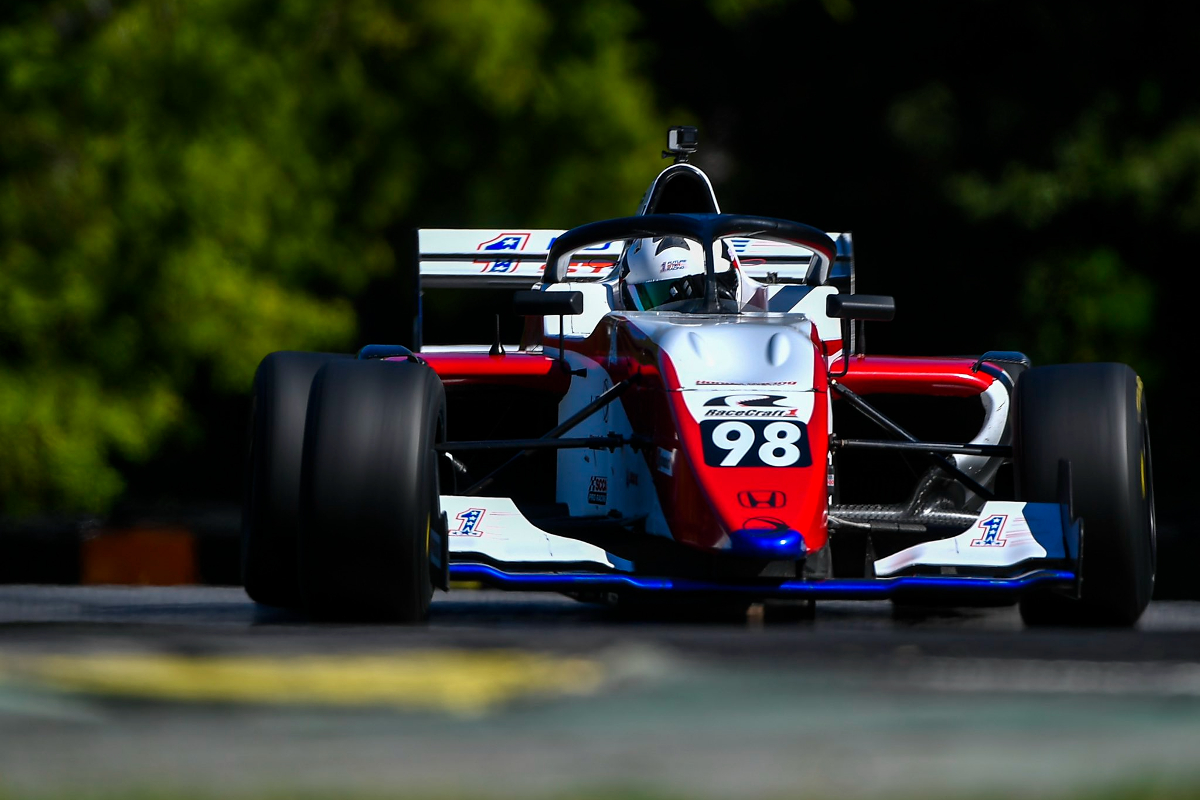 While he finished a distant sixth in race one of the weekend, won by Newman Wachs Racing’s Jordan Missig, Francis was on form in the other two.

Missig started alongside championship leader Kyffin Simpson on the front row for race two, with Francis all the way down in eighth. He made up four places in the first two laps though, and only took another two to clear debutant Ryan Yardley (Crosslink/Kiwi Motorsport) and Simpson for second place.

Getting past Missig’s defences would be a far harder task, but a pace car interruption provided an opportinity he would not waste and he got through for the lead. Just before another neutralisation of the racing there was a pass by Yardley on Missig for second, which all but ended the challenge to Francis up front.

He finished 0.831 seconds clear of Yardley, with Missig and Joshua Car both within seconds of the win in third and fourth.

Francis got to start race three from second place alongside Team Crosslink’s Car, which should have made for an easier ride but instead meant he was under the most intense of pressure for almost the whole race.

He passed Car early in lap one, then held a three-tenths of a second advantage over him until time was lost for the car that was in second place when it was passed by Simpson on lap 12 of 20. The ballooning of the gap between the top two was crucial for Francis’s victory hopes, as Simpson had a pace advantage and he ate away at it to the end.

Francis was able to fnish 0.464s ahead, a result that may have been different had the race gone on a lap longer. Choksey finished third after passing Car in the second half of the race. Car was narrowly ahead of Yardley, both dropping 20s to the winner late on.

Single-seater racing rookie Francis now has three series wins, and with an all-new team too.