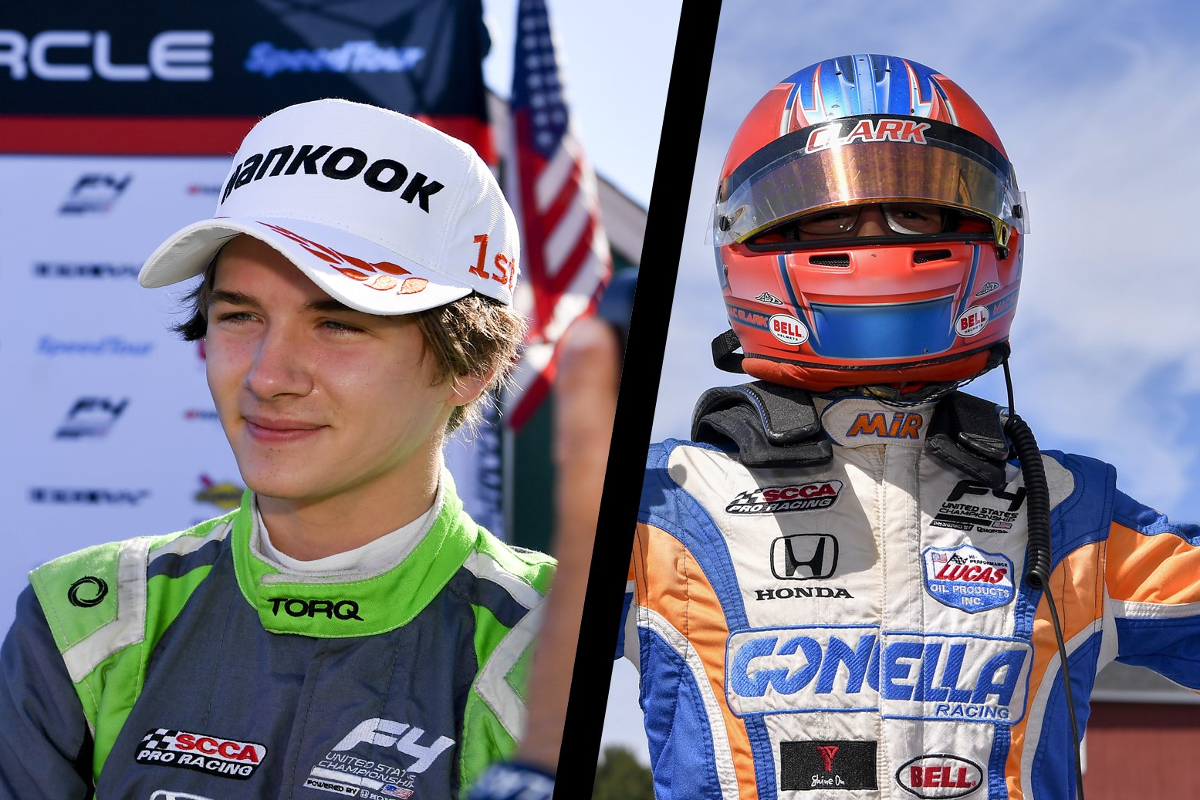 However Leon was handed a five-second penalty post-race for forcing another driver off the track, which dropped him to eighth and promoted the debuting Christian Weir into the final podium position for Gonella Racing.

Behind Weir was Louka St-Jean, and the pair started on the front row for race two courtesy of their fastest laps and with St-Jean ahead.

Weir and Christodoulou jumped St-Jean on lap one, and had five drivers all within a second of him after lap two. The gaps remained close until lap four when Alder’s progress up the order led to him getting past Christodoulou for second place.

He then snatched the lead next time by, crossing the line 0.05 seconds ahead of St-Jean with the top six still super close. That battle was then paused by a full course yellow when Weir hit trouble and retired.

The next big mover after the restart was Clark, who was in fourth but within a lap had got himself into the lead before another brief full course yellow as Hayden Bowlsbey exited proceedings.

Clark had Christodoulou all over him on the second restart and for one lap he did get past on the penultimate lap. Clark was back ahead when it mattered most though, crossing the line for his fifth series win.

Christodoulou was just 0.086s behind, with Leon and Jay Howard Driver Development’s Matt Christensen both within four tenths of victory too. Alder and St-Jean ended up in fifth and sixth.

Alder struck back in race three from fourth on the grid, just pipping Leon to victory. Clark was in contention again but had to settle for third, and Kiwi Motorsport’s Bryson Morris finished just behind the podium trio in fourth.