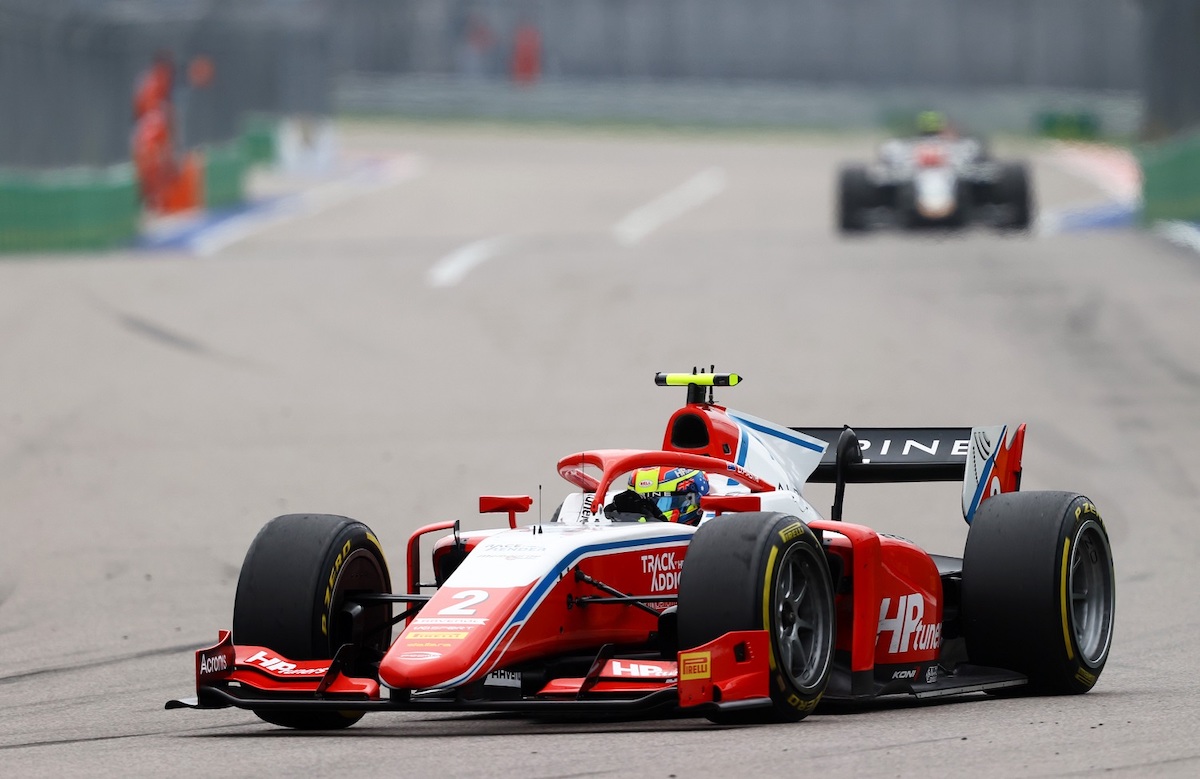 Formula 2 championship leader Oscar Piastri has spoken about the intensity of the Sochi feature race, and why it was “very tough” compared to previous races.

Prema Racing’s Piastri found himself under consistent pressure from ART Grand Prix’s Theo Pourchaire throughout the race and had to work his way past the Sauber junior on-track immediately after the pitstop phase.

The pair had to negotiate uncompetitive drivers on the alternative strategy, and Pourchaire kept Piastri honest throughout.

Speaking in the post-race press conference, Piastri explained the race from his side.

“It was a very tough race,” he said. “Pretty different to Monza in terms of having no breaks for safety cars and stuff like that. So I was pushing the whole way and I could see Theo in the mirrors the whole time. I think the gap was to-ing and fro-ing a little bit.

“Then probably the most difficult part of the race, or the most critical part, was trying to get through the alternate strategy guys quickly, which to be honest I think we got through them reasonably the same [as Pourchaire]. It was a very tough race.”

Speaking of the traffic, the Alpine junior said that “the first two cars were pretty straightforward to overtake, but then the Charouz [Guilherme Samaia], I thought he would defend just because that’s usually what he does, and he didn’t defend this time so I had to spend the rest of sector three stuck behind him so I lost a bit of time there.

“I think in terms of overall time loss, I don’t think I lost anything and maybe gained a bit. I knew it was critical to try and open the gap if I could, but that was probably the most difficult part as well.”

When asked by Formula Scout to elaborate why the race was so tough, Piastri said: “I think firstly because I had Theo behind me for the whole race and the gap was never bigger than two seconds. So, there was a lot of pressure, I couldn’t make any mistakes for the whole race.

“Secondly, with no safety cars, there were no breathers at all or any time to reset. With the gap I had, not having any safety cars was probably good. But doing 28 laps with a pit stop and doing an out lap on cold tyres is not easy.

“And obviously Theo came out ahead after the pit stops so I had to get back past him. It was a tricky race mainly because of the pressure, but also just having no safety cars and no stoppages at all, it was flat-out the whole way and Theo was most definitely keeping me on my toes.”