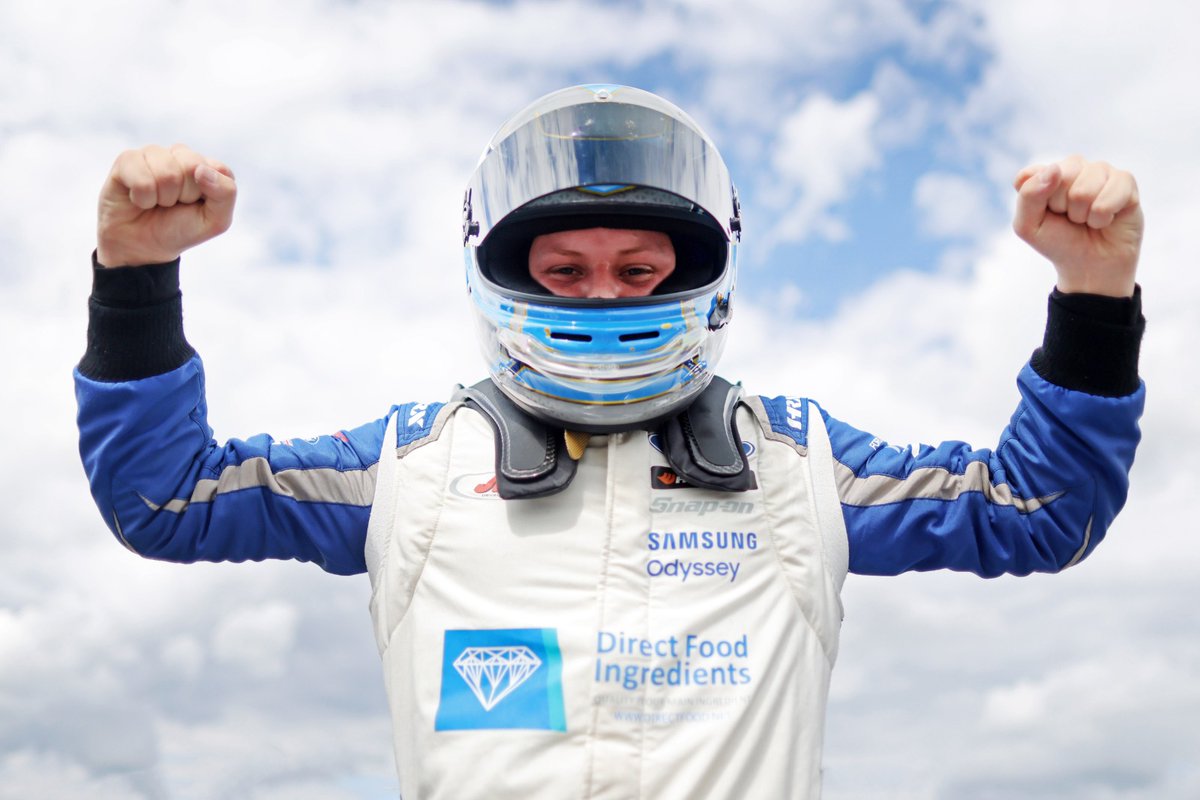 Joseph Loake won a race of attrition at Silverstone as four of the top five in the British Formula 4 championship standings retired from the race.

Only 11 drivers in the 17-car field finished the final race of the weekend at Silverstone after a series of accidents.

Among those forced to retire was championship leader Matias Zagazeta and his closest rival Matthew Rees.

Loake managed to avoid the drama to take the win, his third of the season, just ahead of Marcos Flack.

The drama started on the opening lap. Zagazeta, Rees and McKenzy Cresswell were battling for the lead when Aiden Neate tried to join the fight.

Neate ran over Cresswell’s tyre, damaging his own car and forcing Cresswell to come into the pits, though the JHR Developments driver returned to the track a few laps down.

James Hedley also came into the pits to retire at this point.

Zagazeta and Rees both fell back as they avoided the accident, promoting Flack and Loake to the front of the field.

Loake wasted no time picking off Flack and taking the race lead. The pair split from the rest of the group and were extending a gap when the safety car was brought out for another incident.

Joel Granfors was trying to find a way past Rees in the battle for third when he mounted the JHR Develoments-run car. Granfors was left stranded in the gravel while Rees limed back to the pits.

On the restart, Loake had the edge over Flack, who came under pressure from Kai Askey behind.

There was a third major incident further back as David Morales tagged Zagazeta, causing suspension damage for Zagazeta and taking him out of the race, but the incident was cleared without the need of the safety car.

Flack held off Askey and closed back onto the tail of Loake in the closing stages of the race. The pair ran nose to tail but Flack didn’t attempt a risky move and settled for second, his best result since the second round of the season.

Askey took third ahead of Tasanapol Inthraphuvasak on track, though Inthraphuvasak was handed a time penalty for track limits and was demoted to sixth.

The final incident came in the closing stages of the race as Eduardo Coseteng, who had suffered a puncture earlier in the race, made contact with Dougie Bolger. Bolger was able to continue, albeit a lap down, to finish P10.