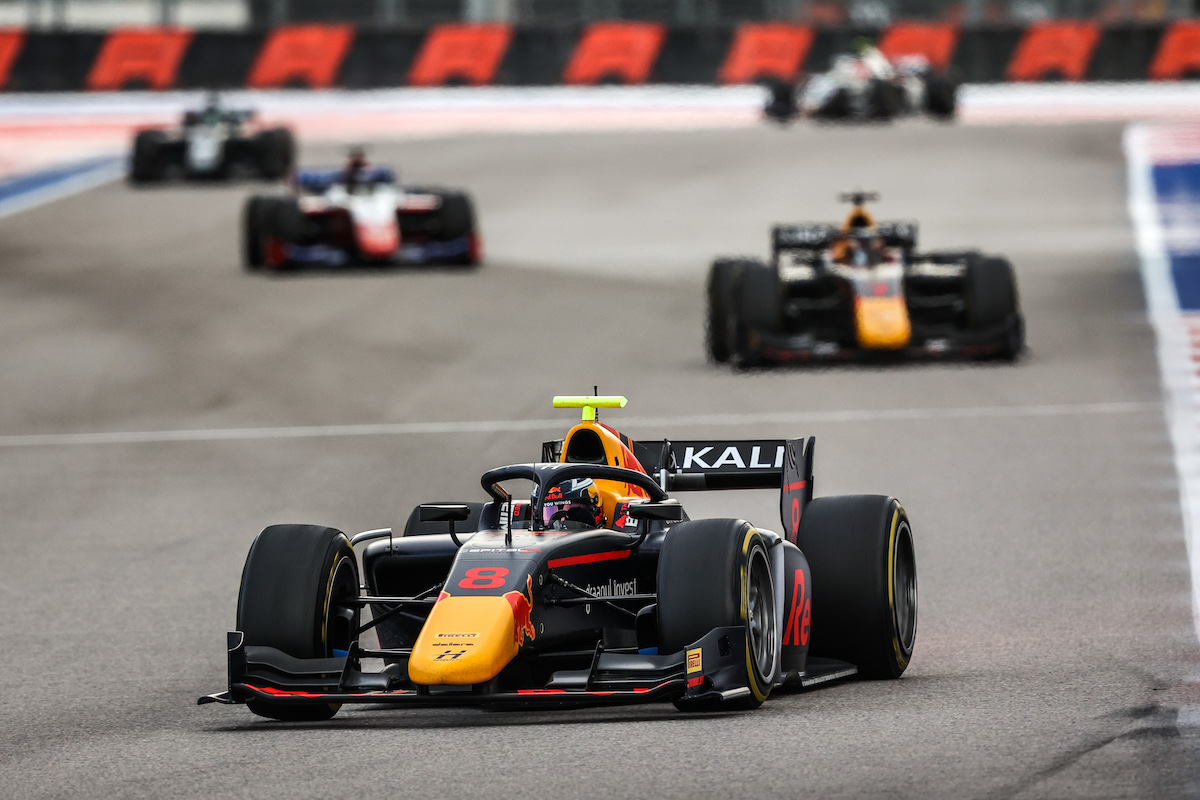 Red Bull junior Juri Vips says he is “very frustrated” at reliability woes he considers to be “a bit of a joke” and that have all but ended his challenge for the Formula 2 title.

The Hitech GP driver has struggled to pick up consistent results after winning back-to-back races in Baku, scoring just two podium finishes in the eight races since then.

Those wins came after a challenging season opener in Bahrain, where he was hampered by unreliability, and his latest retirement came as the result of a mechanical problem in the Sochi feature race while running in seventh early on.

After the race he took to social media to highlight just how severe the situation has been for him, in particular a persistent gear-change issue this season that was eventually resolved for Sochi.

“Well… reliability has been a bit of a joke for me this year,” he said. “Two separate failures on the car today resulted in another DNF.

“We’ve been losing two to three tenths every lap this season on upshifts that we finally sorted for this weekend.

“We lost pole at Baku, five or six grid spots at Silverstone and Monza and obviously a lot of race pace as well.

“Just feel very sorry for the team as well, because it’s completely out of their control and without the upshifting problem and the countless DNFs, we’d be in a very strong position to fight for the championship. [I’m] very frustrated at the moment, but I’m sure we’ll bounce back for the last two rounds!”

Vips lies sixth in the F2 standings, 76 points behind leader Oscar Piastri with 130 points left to play for.

In further comments issued by Red Bull, he said: “The reliability has just become… pretty much the talking point of the season. We’ve lost a lot this year because of it, and you can’t fight for a championship like this.

“We already made some changes after Monza, and we are making more now. We’ll see what works and what doesn’t, hopefully it will be more or less solved for the last races of the season.”

Vips did finish second in the opening sprint race in Sochi and said there were “some positives to take from the weekend. I think we improved the car a lot from Monza. We took a step back for qualifying but for free practice and the races the pace was amazing. The car was really good.”

Reliability in F2 has been a contentious issue ever since the current car was introduced in 2018, with the DAMS team in particular critical over problems it suffered during the 2020 season.