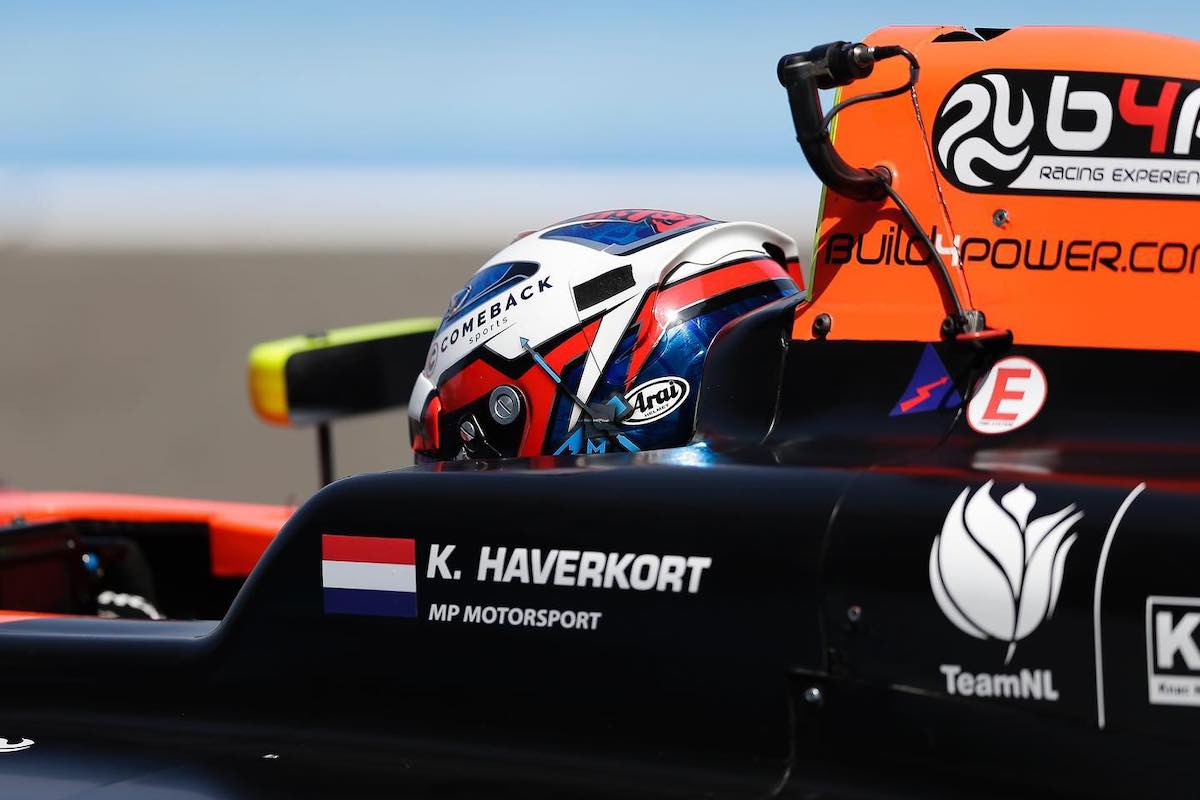 Kas Haverkort has one hand on the Spanish F4 title after winning again in race two at Jarama, as rival Mari Boya had a race to forget.

In wetter conditions than race one, Haverkort made another storming start from pole position.

Behind him, four of his MP Motorsport team-mates arrived as one into the first corner. Oliver Goethe slid wide into the gravel and took Boya with him, relegating both to the rear of the field.

A lap later, Frenchmen Paul-Adrien Pallot and Enzo Joullie tangled at Turn 1 and although they continued, both Mehrbod Shameli and Carles Martinez also found the gravel and needed recovering.

The race restarted with just over eight minutes to go. Although Boya had already recovered into the top 10, he then spun when he tried to pass Pallot after the restart, costing him more ground.

Haverkort meanwhile opened up a lead once more on Joshua Dufek and Thomas ten Brinke behind.

The race was then ended early when Goethe had a coming together with Pallot at the first corner and was stranded in the gravel.

Debutant Guilherme Oliveira ran fourth for most of the race, and although he was passed by Quique Bordas late on, he was given the place back when results were taken back to the end of lap seven.

Suleiman Zanfari was sixth, with Pallot classified seventh in front of Lorenzo Fluxa, Goethe and Joullie, with Boya failing to score in 11th.

Haverkort now leads Boya by 80 points in the championship and will secure the title in race three if he’s 72 or more points clear.

Lena Buhler was deprived of the chance to start from the front row when she had an incident on the way to the grid.