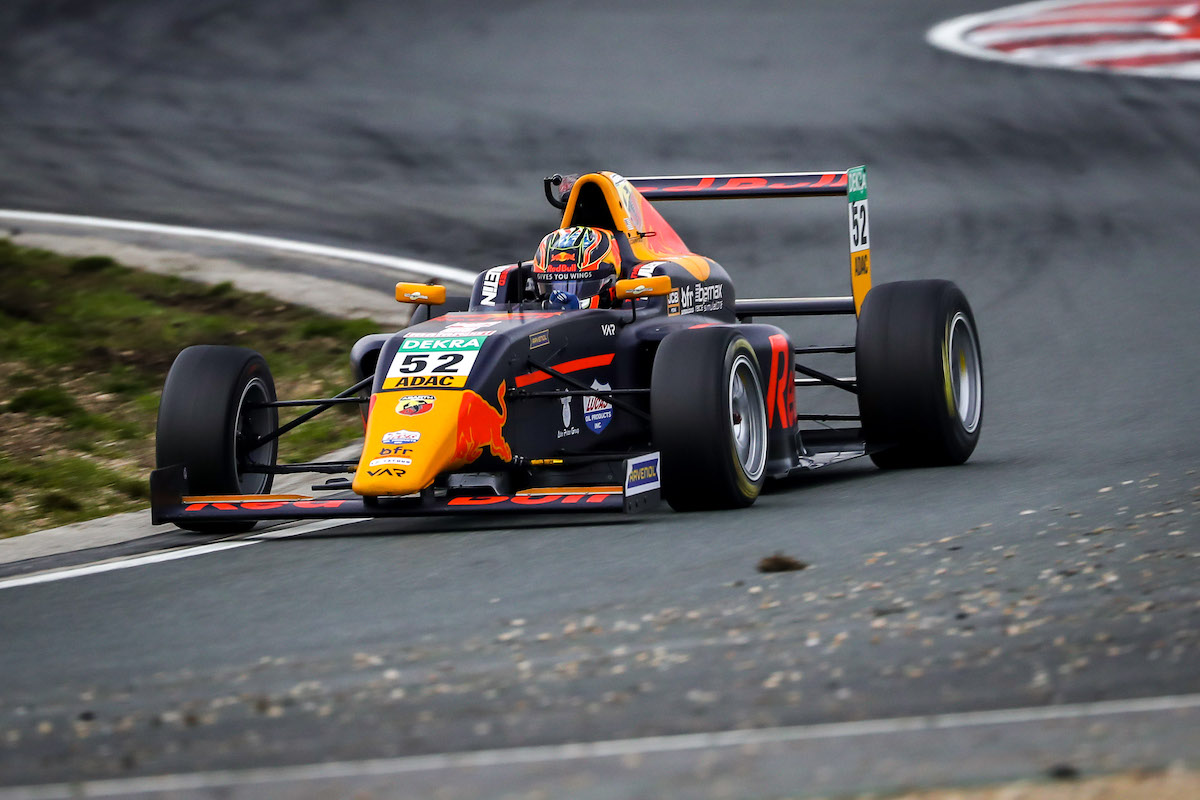 Jak Crawford won the opening ADAC Formula 4 race of the deciding weekend at Oschersleben after contact with team-mate and rival Jonny Edgar.

The pair had been fighting for the lead throughout the second half of the race, Crawford trying to find a way past the pole-sitter.

As Crawford attempted to make a move with just a few minutes remaining, Edgar came over to block him, and Crawford’s front wing made contact with Edgar’s rear tyre.

Edgar slowed with a puncture and was forced to pit. Despite damage to the front wing, Crawford was able to continue without a significant loss of pace and clinched the victory a few laps later 1.712s ahead of second placed Joshua Duerksen.

After a visit to the pits, Edgar did manage to get back out and was still on the lead lap when the chequered flag fell, but finished P12 and six seconds behind the next closest driver. Stewards looked at the incident but took no further action.

It means that Crawford has now moved ahead of Edgar into the championship lead by two points, with two races remaining.

Duerksen had a quiet drive to second, ahead of Elias Seppanen, who spent most of the race defending against Victor Bernier and Tim Tramnitz.

Bernier pushed Seppanen hard, while Tramnitz hung back waiting for an opportunity to strike. Seppanen didn’t put a wheel wrong and secured the final step on the podium.

A series of small offs dropped Kirill Smal back to ninth by the end of the race, ahead of Roee Meyuhas.