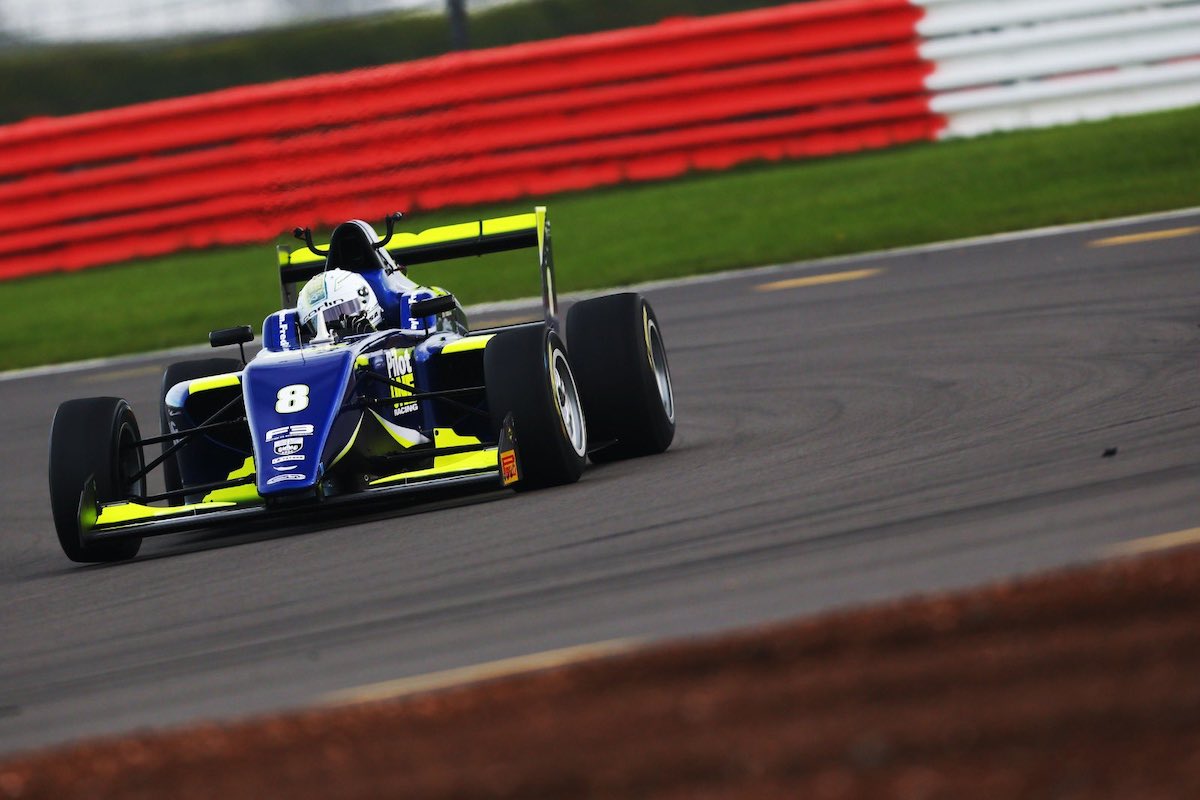 BRDC British Formula 3 championship leader Kaylen Frederick took pole for the first and third races of the final round of the season at Silverstone, edging out rival Kush Maini.

He then proceeded to go to the top of the timesheets and remained there throughout the remainder of the session.

In addition, he also set the second-fastest lap, which determines the grid for race three. That means he will be on pole for what could well be the championship decider.

Hitech GP driver Maini, who is just 13 points behind with more than 100 available this weekend, came closest in outright lap time, just 0.041s behind his title rival.

The next-placed contender, Douglas Motorsport’s Ulysse de Pauw, was only fifth fastest. De Pauw sits 42 points behind and will line up fourth for the final race of the season.

They both sat towards the bottom of the standings early in the session, but never managed to get any higher than the midpack. Both start the first race of the weekend in the bottom half of the field, in 11th and 13th respectively. They line up 11th and 12th for race three.

Fortec Motorsport’s Roberto Faria was third fastest, ahead of JHR Developments’ Ayrton Simmons, who makes his first appearance since his double victory at Brands Hatch with Chris Dittmann Racing.

Douglas Motorsport’s Manaf Hijjawi, who was 16th fastest, received the most pings for track limit violations with three.