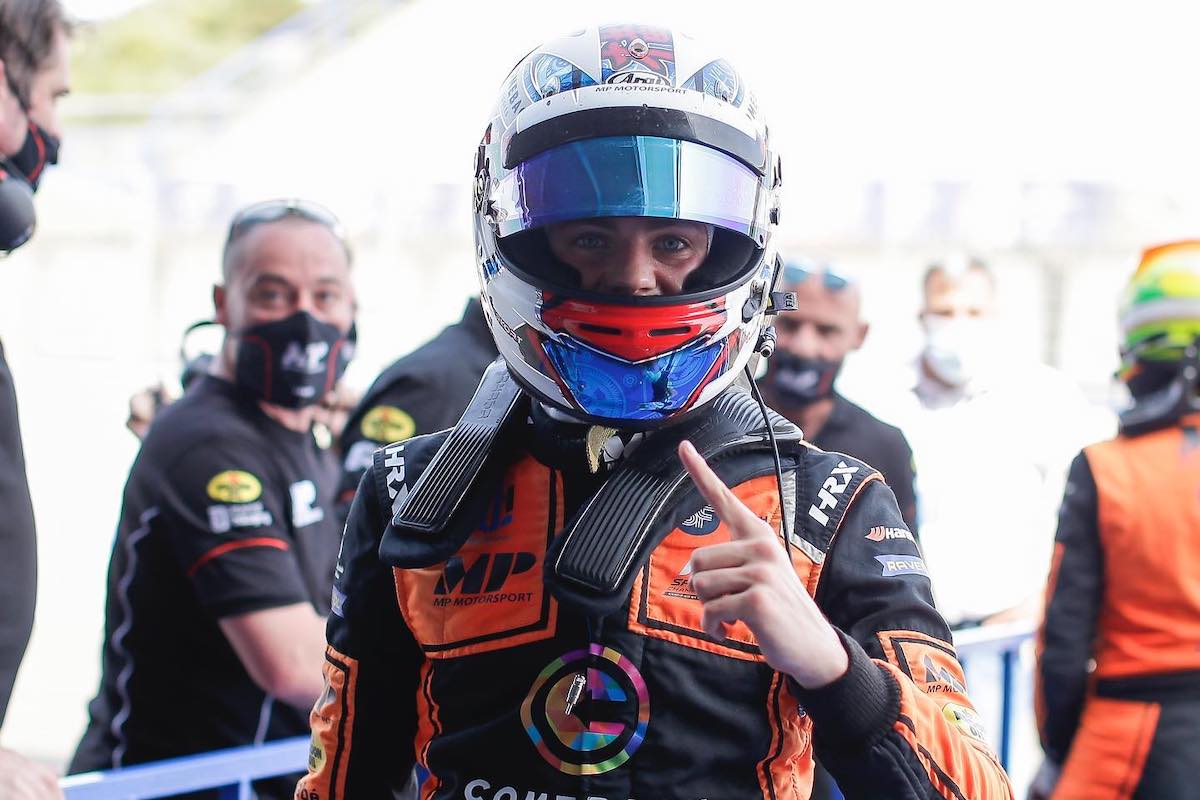 Kas Haverkort further increased his Spanish Formula 4 lead with a lights-to-flag win in a damp first race at Jarama.

Haverkort is now 64 points clear of MP Motorsport team-mate and nearest rival Mari Boya and could secure the championship by the end of Saturday if he increases his advantage to 72 points or more during the remaining two races – which he will also start from pole position.

With all cars on wet tyres, Haverkort made a good start from pole to lead into the first corner. Joshua Dufek came from fourth on the grid to beat front-row qualifier Lena Buhler into Turn 1, while Oliver Goethe dropped back with a slow getaway from third.

Haverkort quickly built a lead of over one second to Dufek and maintained that for much of the race before pulling away in the closing stages to win by four seconds.

Boya got past Buhler heading onto lap two but couldn’t keep up with the lead pair and just held off Thomas ten Brinke to finish third. MP Motorsport finished 1-2-3-4 for the sixth time this season and the fifth occasion in the last seven races.

After her impressive best-ever qualifying performance, Buhler slipped back in her Drivex entry and ended up retiring early after finding the gravel trap.

Quique Bordas took fifth ahead of his Praga team-mate Carles Martinez. Portuguese driver Guilherme Oliveira made a strong debut for Drivex in seventh, in front of Paul-Adrien Pallot, Enzo Joullie and the recovering Goethe.