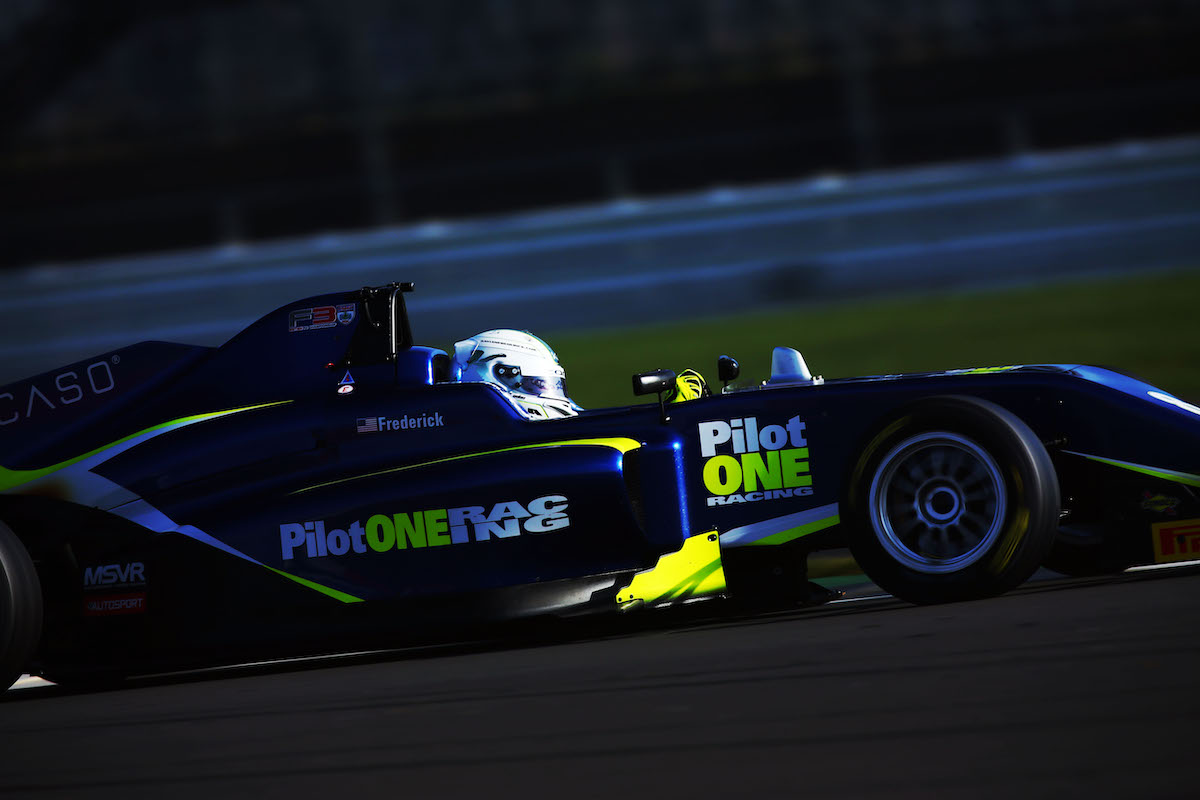 An aggressive start delayed the Hitech GP driver and dropped him down the order, which allowed Simmons to vault into second position. Frederick, however, was able to open a gap lapping, on average, a second quicker than Simmons.

His gap was destroyed when a collision between Hitech’s Reece Ushijima and title contender Ulysse de Pauw brought out the safety car. The pair had been the closest fight in the top half of the field for much of the race until that point.

Ushijima and de Pauw made contact on lap six of 10 while battling over fourth, leaving the Douglas Motorsport driver with a broken wheel and Ushijima with damage that hindered his progress.

With two laps to go, racing resumed, and Frederick repeated what he did in the first phase of the race. Once again, he lapped quicker than Simmons by more than a second a lap to win by 2.608s.

Maini consolidated third to round out the podium in a quiet race for the championship contender.

Fortec Motorsport’s Roberto Faria capitalised on the de Pauw/Ushijima contact to take fourth after a difficult opening lap where he dropped to sixth.

Double R Racing’s Louis Foster was another to capitalise, finishing fifth ahead of Hillspeed’s Oliver Clarke, who put a late move around the outside of Ushijima to take sixth on the final tour.

Title outsider Nazim Azman finished 12th behind Piers Prior and is now out of championship contention.

The best battles in the race were towards the back of the field. Lanan’s Josh Mason and CDR’s Max Marzorati dropped both down the order in the race’s final moments, with the pair taking the front row for race two’s fully reversed grid after finishing 17th and 18th respectively.