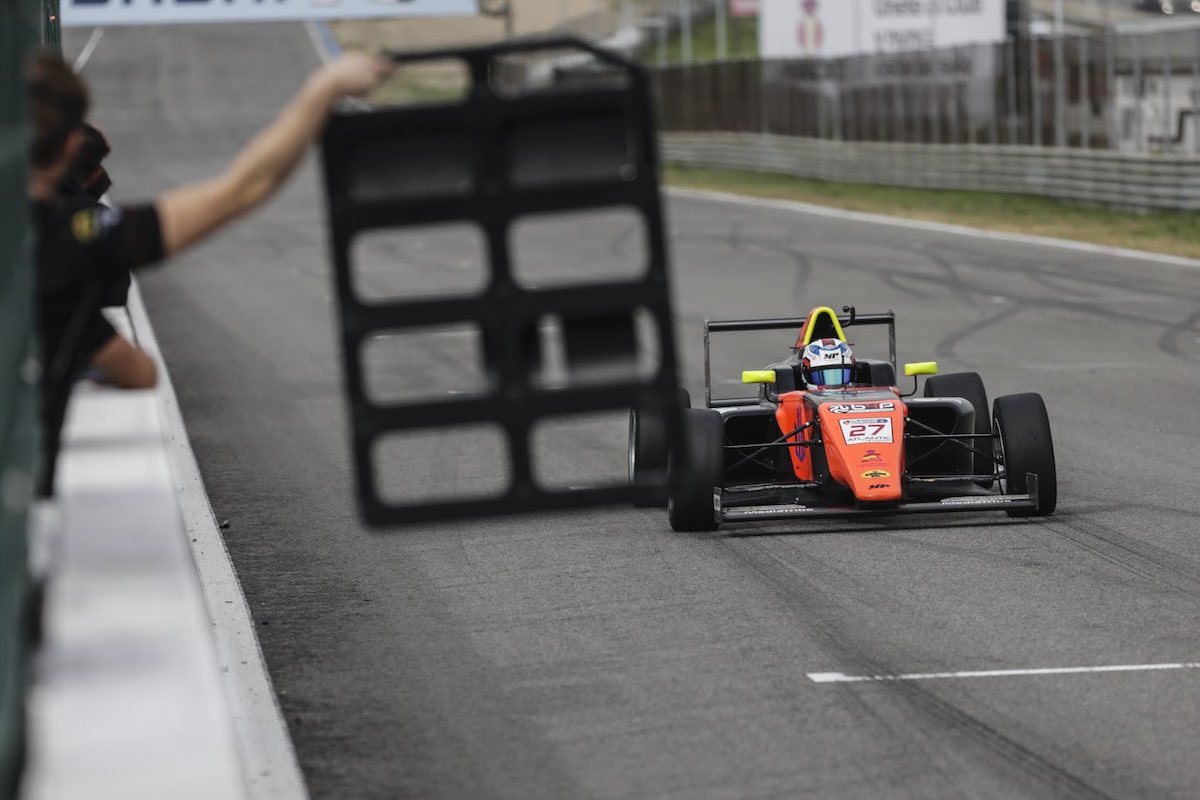 Kas Haverkort is the Spanish Formula 4 champion after the MP Motorsport driver completed his third hat-trick of the season at Jarama.

While the circuit was now dry enough for the field to race on slicks following two wet races, Haverkort repeated his flying start from pole position.

He led by 4.6 seconds at the end of lap three, at which point Mari Boya and Thomas ten Brinke both found a way past Oliver Goethe for second and third.

Just behind, Quique Bordas went off into the Turn 1 gravel trap – that and a separate incident for Alejandro Garcia brought out the safety car and cancelled out Haverkort’s advantage.

At the restart, Boya tried to challenge Haverkort on the outside into the first corner and found himself edged wide into the gravel, allowing ten Brinke and Goethe back past him.

Behind the lead fight were two more incidents – for Lena Buhler and Lorenzo Fluxa – that triggered another safety car period.

Five minutes remained on the clock when the race restarted again. Haverkort wasn’t able to escape but retained the lead to win by one second ahead of ten Brinke.

That result clinched the championship for Haverkort, who came into the race with an 80-point lead over Boya, with 72 points available from the final round scheduled for Barcelona next weekend.

MP Motorsport locked out the top six positions for the first time in a season it has dominated. Behind Goethe and Boya came Joshua Dufek and Enzo Joullie.