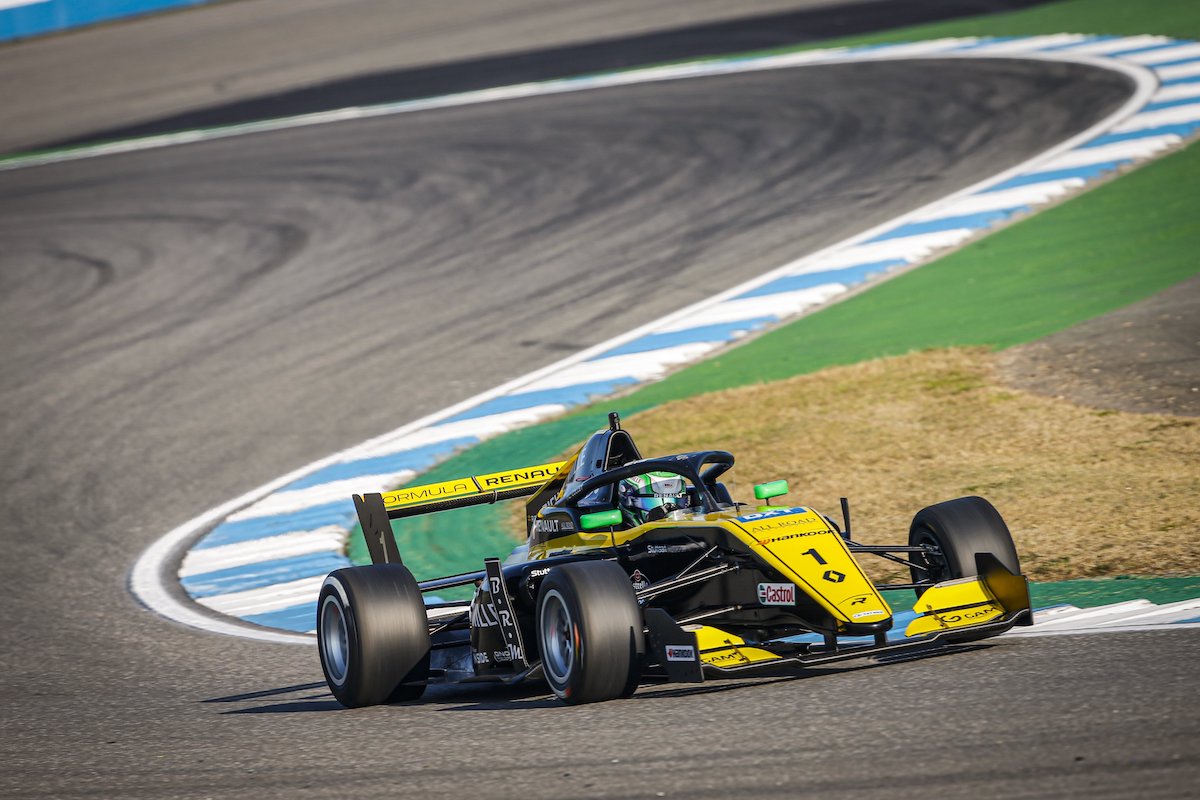 Caio Collet managed two safety car restarts to take the victory in the opening Formula Renault Eurocup race of the weekend at Hockenheim.

Collet dominated the race, finishing more than two seconds ahead of second-placed Victor Martins to close the gap to the championship leader to 26 points with three races remaining.

The field made it to the first corner before the first incident of the weekend brought out the safety car. Ugo de Wilde was tagged by Petr Ptacek at Turn 1, sending him into a spin and leaving him stranded at the side of the track.

On the restart, Collet managed a superb getaway as Martins came under pressure from Alex Quinn. He had already begun to build a gap when another incident further back brought out the safety car less than a lap later.

Tijmen van der Helm, Gregoire Saucy and Reshad de Gerus were battling for position when David Vidales dived up the inside of the trio. He made contact with de Gerus, spinning the Arden driver.

De Gerus did manage to get going under his own power, but in the time it took him to get facing the right direction the safety car had already been called.

It was another strong restart for Collet, who managed to keep Martins behind him. Martins had a comfortable gap to Quinn in third and the top three remained locked in position until the chequered flag.

Colapinto spent the race running fourth, ahead of a battle between Paul Aron and Hadrien David. Aron and David enjoyed a good battle until the final lap, when a lunge up the inside of Aron by David caused Aron to spin.

Later, David was given a 20-second penalty for the contact with Aron, demoting him to 10th, while van der Helm was penalised 10 seconds for a jump start, promoting Colombo to fifth. Cordeel also took a penalty for contact with Michael Belov. Petr Ptacek was given a two-place grid drop for his collision with de Wilde, while de Gerus got similar for passing Vidales under safety car.