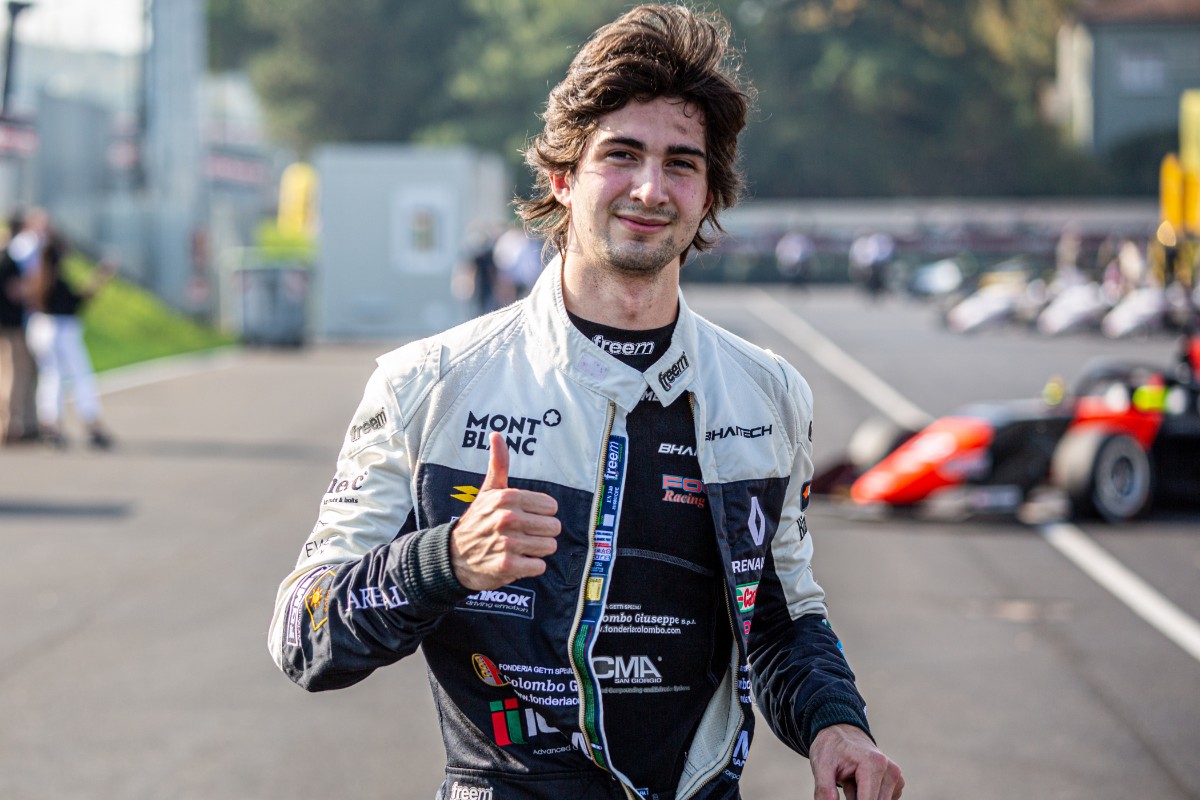 After qualifying on pole and leading every lap of the first race of the weekend, Caio Collet could only go ninth fastest in qualifying two after his team worked on a clutch issue that was spotted before the session.

Collet topped the times early in the session with a 1m37.877s, a lap only 0.4s slower than his final time of the morning.

ART Grand Prix’s Martins soon jumped up the order to take provisional pole and spent the second half of the session swapping fastest laps with Bhaitech’s Colombo – who also took pole last time out at Imola and initially looked like he would miss this weekend’s on-track action,

At one point Colombo managed to set purple sectors one and two before hitting traffic and abandoning the lap, but he found more improvements on the following lap to secure his place at the top of the order.

Colombo was the only driver to lap sub-1m37s, taking pole with a 1m36.956s lap. Martins improved on his final lap of the session, but could only get within 0.066s of Colombo’s time.

Arden’s Alex Quinn had a quiet session to end the morning sixth, while FA Racing’s Tijmen van der Helm put in another strong performance in seventh.

Arden’s Reshad de Gerus qualified eighth, but a two place grid penalty for an incident in Saturday’s race that drops him back to 10th on the grid. The penalty promotes Collet and R-ace GP team-mate Mikhael Belov to eighth and ninth respectively.