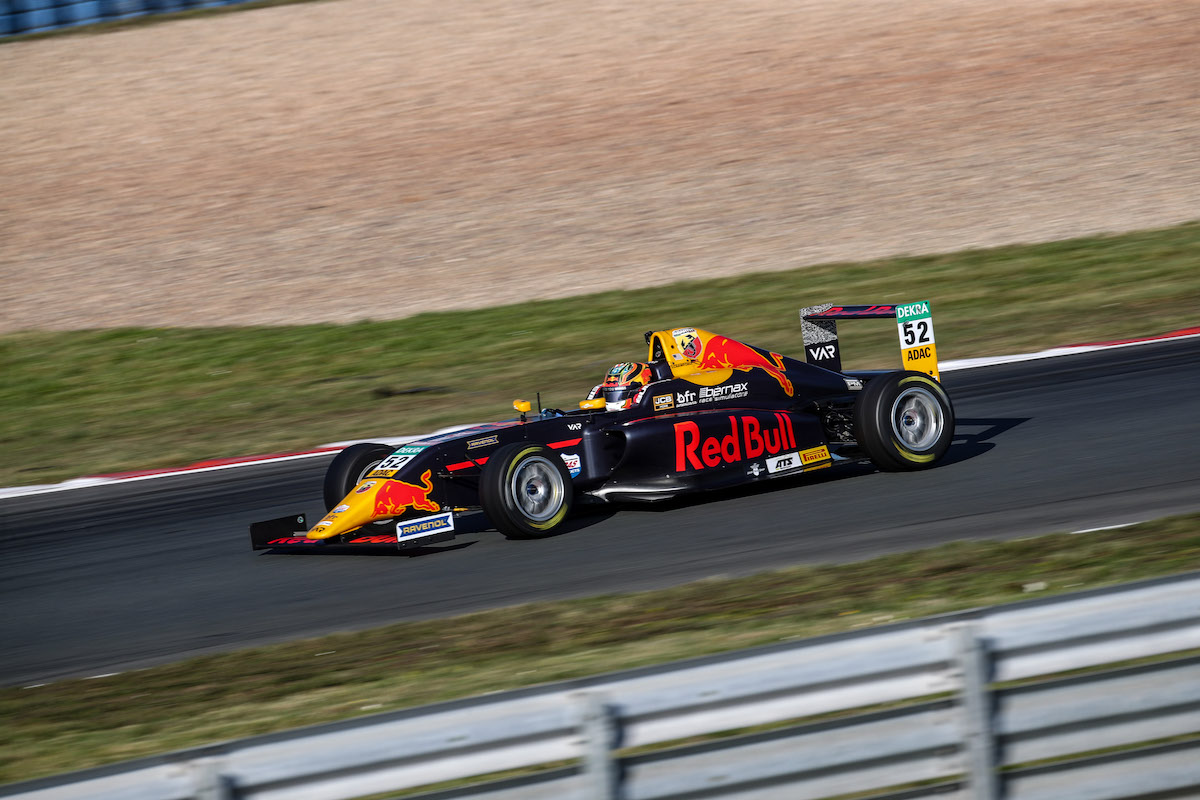 Jak Crawford resisted intense pressure from rival Jonny Edgar to win the penultimate race of the ADAC Formula 4 season at Oschersleben and move a step closer to the title.

Crawford made a good start from pole position to retain the lead at the start, while Edgar lost second place to Ollie Bearman through the opening two turns.

Edgar got the position back from Bearman at the same place at the beginning of lap four and set about closing in on fellow Red Bull junior Crawford, whose advantage was 2.3s at the end of the lap.

By the halfway stage of the 30-minute race, Edgar had closed to within 0.7s of Crawford.

With 10 minutes left on the clock, the two went side-by-side through Turn 1 when Edgar took a look to the inside, but Crawford held on into Turn 2.

Edgar remained right on Crawford’s gearbox for the rest of the race but the lack of heavy braking zones made it difficult for him to try a pass.

He attempted a lunge to the inside at the very last corner which helped him to get alongside Crawford, but he fell short by 0.115s at the chequered flag.

Crawford’s win means he is now nine points ahead of Edgar going into the final race, which they will start from eighth and seventh respectively on the reversed grid.

Bearman finished eight seconds behind the Van Amersfoort Racing duo as he claimed the third podium of his rookie season.

Victor Bernier took sixth in front of Joshua Duerksen, who just held off a charging Tim Tramnitz, the rookie champion recovering well after he fell to last off the start.

There was a last-lap collision over ninth place after Kirill Smal lost his car as Erick Zuniga went around his outside at Turn 1. Josef Knopp and Roee Meyuhas picked up the final points as a result.