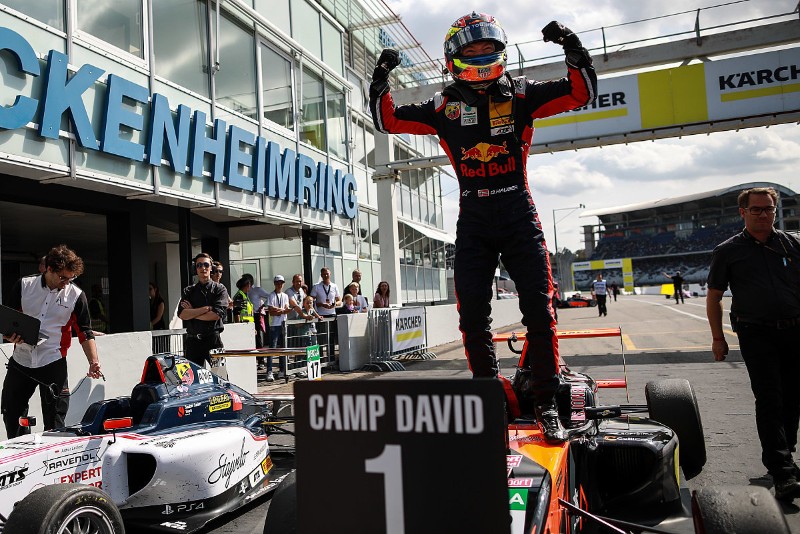 Dennis Hauger rose into second in the ADAC Formula 4 standings with a second successive victory at Hockenheim, as championship leader Theo Pourchaire suffered once again.

In race one, Pourchaire and fellow Sauber junior Arthur Leclerc had collided and caused Pourchaire to retire. This time around, the Frenchman and Mercedes junior Paul Aron both stalled at the start and fell to the back of the order.

This handed poleman Hauger a sizable lead that he did not waste, growing a lead of almost five seconds before relaxing and crossing the line with a 3.298s advantage over Prema’s Gianluca Petecof.

Mikhael Belov held third place for much of the race, but he started to fade later on and eventually finished behind Leclerc and Joshua Duerksen. Lap after lap, Leclerc and Duerksen had fought over position and were often attacking each other at Hockenheim’s hairpin.

Once Duerksen was finally passed without response, the Monegasque racer then pulled away by over five seconds, overtaking Belov long before Duerksen got close to the struggling Russian.

Hauger’s Van Amersfoort Racing team-mates Sebastian Estner and Ido Cohen had trouble-free races in sixth and seventh, while Oliver Rasmussen kept just out of reach of a set of frantic battles behind.

Aron was able to recover to ninth place after disposing of Gregoire Saucy late on, with the R-ace GP driver then also being passed by Sauber junior Roman Stanek.

Pourchaire was desperate to get back into the points, but his battles with Lucas Alecco Roy, Sauber stablemate Alessandro Ghiretti, Nico Gohler and Saucy would only result in 12th place.